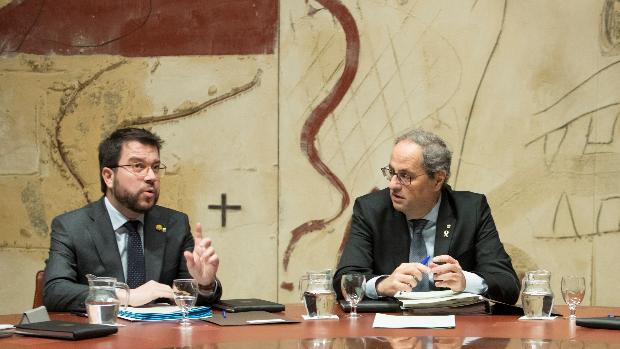 The Generalitat of Catalonia discriminates against citizens who want their children to study in the two official languages ​​(Spanish and Catalan) in schools, obliges any aspiring official to accredit a high level of Catalan (but not Spanish) and, among other controversial aspects with languages, it requires that merchants have their signs and signs in Catalan (under penalty of large economic fines). Now, he also recognizes that he does not address the Spanish-speaking population in his language in advertising campaigns, although, according to the official data of the autonomous administration itself (collected in the Idescat, such as the INE but at the Catalan autonomous level), They point out that 52.7 percent of Catalans are of the Castilian mother tongue.

In a parliamentary response, to a question from the deputy of Cs Mercè Escofet Sala, to which ABC has had access, Pere Aragonès (ERC), vice president and regional adviser of Economy and Finance, notes that «the total number of advertising campaigns carried out during 2018 it was 20, of which 12 are considered major campaigns, and 8 are considered minor campaigns ».

Of these 20 campaigns, Aragonès adds, all were conducted in Catalan and none in Spanish. In Aranese, the official language in the Aran Valley (Lleida), together with Catalan and Spanish, the campaigns of the Generalitat began in 2019, so neither campaign was carried out in this language in 2018. These data are broken down from the Report of the Advisory Committee on Institutional Advertising of the Generalitat for 2018.

In this way, the contempt that the Generalitat of Catalonia has for a majority of citizens is confirmed, which in its day to day uses Spanish and, a greater number of them who have this language, official throughout Spain, as their mother tongue .

Related Media
In the parliamentary response, Aragonès tries to hide the institutional linguistic imbalance by informing that, since the autonomous administration -during 2018-, two campaigns in Spanish were launched. These were in “editorial” format, giving the reader the feeling that, what he is seeing or reading, is a product produced by the media that publishes the campaign, trying to hide what an ad is, despite the fact that the word “should appear” advertising »in a visible place.

For more information, the only two media that benefited from these “editorial” campaigns were “La Vanguardia” (51 paper ads and 3 on the web) and the digital one “El Nacional” (45 ads), directed by the former director of the Godó José Antich group newspaper. .