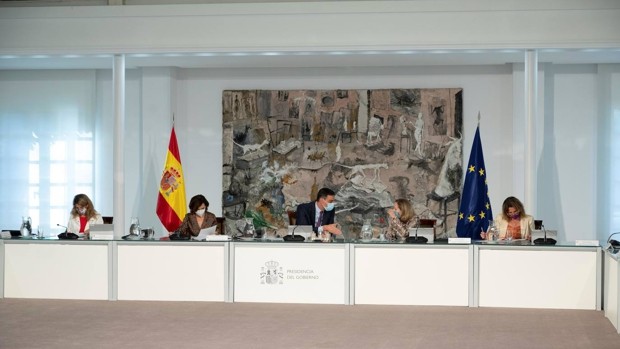 The Government has decided to delay the approval of the Strategic Project for the Recovery and Economic Transformation (PERTE) of the automotive sector, so it will not finally be taken to the Council of Ministers this Tuesday.

As sources from the Ministry of Industry, Commerce and Tourism have confirmed to Europa Press, at its meeting on Tuesday the Executive of Pedro Sánchez will not approve the PERTE, despite the fact that it had been announced that this process would take place before the start of summer or before the end of June. The sector expects this Strategic Project to be approved throughout the month of July or at the latest in the first week of August.

As the head of Industry, Reyes Maroto, has repeatedly indicated, automotive companies have been the ones that have presented the most projects in the expression of interest that promoted their portfolio to acquire European funds, which motivated the sector to is the one that benefits from the first PERTE announced by the Government.

“The automotive sector is going to have the first PERTE due to the interest shown by companies and because it cannot miss the train for the future,” claimed Maroto in a control session of the Government in the Congress of Deputies back in the past March, when he also announced the creation of a public-private consortium together with Seat-Volkswagen and Iberdrola (and other companies interested in joining) to install the first battery plant for electric cars in Spain, which would be part of this Project .

Although less than two weeks ago the general director of Industry and SMEs, Galo gutierrez, confirmed the Government’s commitment to approve the PERTE of the electric and connected vehicle in June, so that then the base orders and calls to which companies can apply are put into operation, the reality is that the Executive will not be able to approve it before to close June.

In addition, sources from the Ministry consulted by Europa Press have not specified the date on which this PERTE may be approved in the Council of Ministers, although it is expected before the government holidays.

Criticisms of the sector

This situation has caused criticism from the sector. Thus, the president of the Spanish Association of Automobile and Truck Manufacturers (Anfac), José Vicente de los Mozos, indicated that “it is not normal” that the constructors still do not have knowledge of the details of PERTE.

«We don’t like to be the second course«, De los Mozos settled during an event organized by Grupo Automoción Press a few days ago. The also president of Renault Spain and world vice president of the French group called for an “orderly” ecological transition by the administrations and not “imposed”.

All this in a context in which the registrations of passenger cars and SUVs in Spain accumulate 360,057 units between January and May of this year, which is 40% more than in the same period of 2020, but 35.9% less in comparison with the first five months of 2019, the last year before the pandemic.

In addition, the Government announced already in April that about 13.2 billion euros of European funds ‘Next Generation EU’ will be allocated for the Sustainable, Safe and Connected Mobility strategy, of which 6.536 million will go to the sustainable mobility shock plan , safe and connected in urban and metropolitan environments.