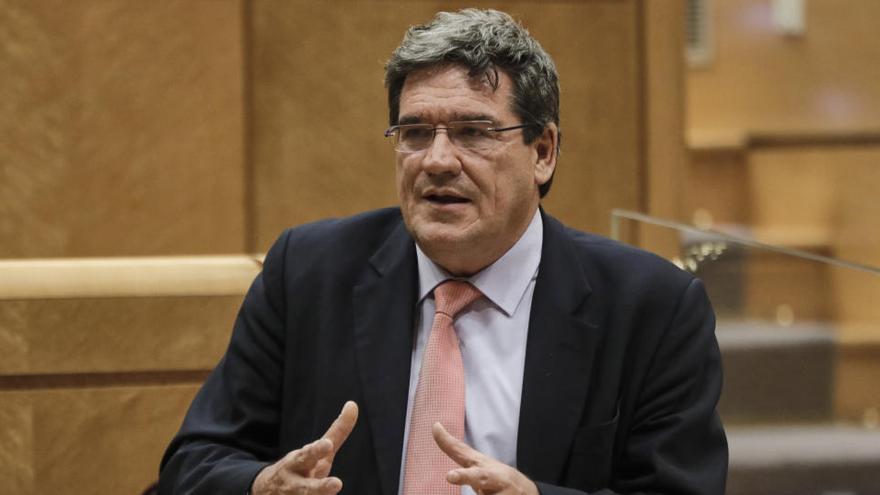 The removal of the discrimination that domestic partners suffer Regarding marriages, when applying for the widow’s pension is one of the recommendations of the Toledo Pact that the Government plans to study in the framework of the reform of the pension system, on which it is not expected to legislate until 2021.

“It is a matter that we have to address because, among other things, it is in the conclusions of the Toledo Pact,” sources from the Ministry of Inclusion, Social Security and Migrations.

They add that all the recommendations will be discussed at the social dialogue table on pensions that has just been opened with social agents, although Minister José Luis Escrivá has already advanced in an interview with EFE that legislation in this area will not begin until early 2021, given that in the final part of the year, parliamentary activity is focused on Budgets.

In the renewed recommendations of the Toledo Pact approved this month, it is insisted that all unjustified discrimination that affects the beneficiary of the widow’s pension must be eliminated because there is no prior marriage bond, as is the case with the requirement that establishes that the beneficiary’s last year’s income was less than that of the deceased.

The personification of this inequality Silvia Oñate embodies it, President of the Life Association of widowed women and mothers of orphaned daughters and sons, to whom the widow’s pension was denied because when her partner died, she earned a little more than he did, despite the fact that she later became unemployed.

Oñate’s media campaign was echoed by Más País, which presented an amendment to the 2021 Budgets to correct this discrimination and to give the possibility of collecting the widow’s pension from now on to people who were denied according to what is established in the General Law of Social Security.

The Congressional Budget Committee decided deny the processing of the amendment for assuming an increase in spending.

The unions have also taken this claim to the social dialogue table for pensions, as confirmed to EFE the secretary of Public Policies and Social Protection of CCOO, Carlos Bravo.

In the first meeting last Monday it was raised as one of the issues to be resolved urgently, before advancing in other subjects.

In its 2003 recommendations, the Toledo Pact already stated that legal discrimination had to be avoided and that a reformulation of the survival benefits to effectively cover the family needs generated by the death of a person.

The pension reform of December 2007 extended the right to receive a widow’s pension to common-law couples, although the explanatory memorandum made it clear that full equalization was “not feasible” given the absence of a national law to legally equalize marital and de facto couples.

Each autonomous community has regulated its own law of de facto couples and the jurisprudence of the Supreme Court establishes whate are not legally equivalent to marriages.

In April 2020, the Government acknowledged in a written response to the Socialist Senator Alfonso Muñoz Cuenca that between January 2008 and February 2020, 11,666 applications for a widowhood pension of common-law couples were rejected, of which 1,783 were denied due to income and 9,883 for other reasons.

At present they are paid 2.3 million widowhood pensions which are compatible with other incomes, although for almost 1.6 million pensioners the widowhood benefit is their main source of income.