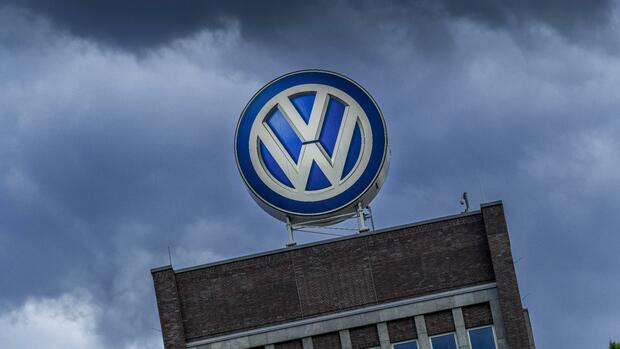 The biggest is who sells the most: This is probably how most Germans define the size of companies. That’s why Volkswagen is considered by many to be the world’s largest automaker – nobody sells more cars. The greatest is who creates the greatest stock market value: This is how the Americans and international financial markets see it. In their view, this is why Toyota is the largest car maker.

The Japanese have a market value of 210 billion euros, the Wolfsburg-based company only manages 87 billion euros despite more cars being sold. There is no one correct answer to this question. But there is more to be said for the American definition.

Stock prices and market values ​​rise in the long term when companies generate high profits and margins and shareholders speculate on even better returns. For example, if VW produces a lot of cars and sells them cheaply with discounts, there is less profit left on sales than if Toyota manages to push through higher prices.

Pricing power is the reason why so many American companies are at the top worldwide. Apple, Alphabet, Microsoft, Facebook and many other technology giants generate net return on sales of more than 20 percent. Just like Pfizer and Merck in the US pharmaceutical industry or Coca-Cola in the consumer branch.

They have a lot of net gross because consumers appreciate their products and are willing to pay a lot based on manufacturing costs. In contrast, the many German industrial companies around VW, Siemens and BASF only achieve single-digit returns. The competition is fierce and the business model is not unique. This results in lower margins and a lower value on the stock exchange.

Defining size with market capitalization and thus speculation about the future, as the financial markets demonstrate on a daily basis, directs the view towards a developing company. Based on this, the markets with their high stock market valuations are surprisingly right for individual companies.

For example, Amazon accounted for deep red numbers for years. Nevertheless, the IT and trading company has long been one of the largest companies in the world in terms of market value – without any signs of profit for many years. Investors speculated early on that Amazon would skillfully reinvest its year-to-year sales to expand market power and oust competitors.

The stock exchange is about tomorrow

In the meantime, Amazon is setting the big lines in the retail sector that established and formerly larger retail groups such as Walmart are following. Investors bought the Amazon stock and speculated with the once absurdly high valuations that their group would become number one in the industry and generate billions of euros in profits. They were right about both.

Amazon is not an isolated case: Microsoft, Google and Facebook – as well as SAP in Germany – were once rated absurdly high. Here, too, first the share prices rose, then the profits. Conversely, for groups like General Electric and Walmart – in Germany Thyssen-Krupp and Deutsche Bank – it was primarily the share prices and thus the market values ​​that fell. After that, real yields fell more and more. Here, too, the financial markets showed a good sense of the future condition of these former global corporations.

Defining size solely on the basis of stock market value rather than real income may sound like sheer speculation – and it is. Because the stock exchange is not about today, but about tomorrow and the day after tomorrow. On the other hand, investors hardly honor today’s successes, such as those achieved by VW with its world’s best-selling cars and its double-digit billion profit.

At the moment, only a few trust the car manufacturer to play a more important role in the future than today, to gain market share, to displace competitors and to operate more profitably. That is why VW is not one of the 100 most valuable companies in the world.

However, the stock market is sometimes wrong with its speculations, also because companies can change their business models at any time and thereby suddenly gain favor with investors again. Many shareholders mentioned the once most valuable company Microsoft a few years ago at the end of its creative power because the software products were considered outdated before Microsoft showed it to everyone with its successful entry into the cloud age and rose to number one for the second time.

In this respect, there is also hope for large German companies such as BMW, Daimler and Volkswagen, especially since the car manufacturers have just started the largest renovation since the invention of the internal combustion engine and can therefore access large amounts of funds. It is far from clear who will emerge as winners from the new electrical and hybrid age. Neither in the real economy nor on the stock exchange.

More: The world’s top 100 corporations are worth more than ever. US companies dominate the ranking with 56 representatives. But a closer look alarms the analysts.