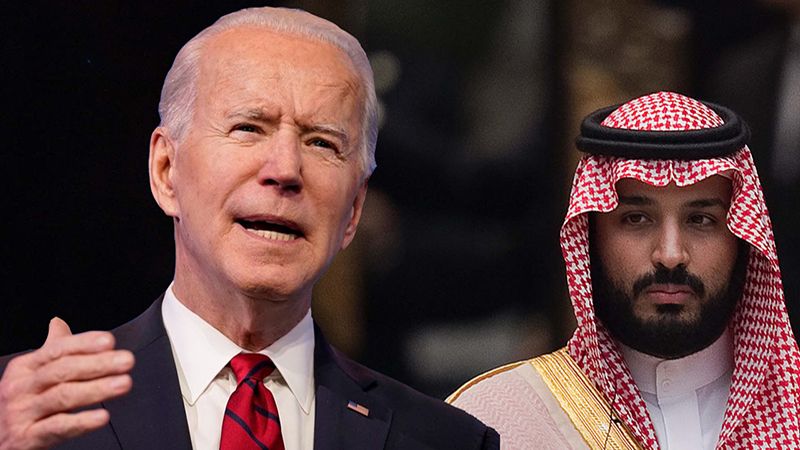 The former US ambassador to Israel, Dan Shapiro, and the director of the Foundation for Defense of Democracies, Mark Dubowitz, a well-known figure from the hard-line anti-Iran camp, wrote an article published in Politico magazine about US President Joe Biden’s visit to Saudi Arabia.

The two writers considered that Saudi Arabia’s accession to the “Ibrahim” agreements of normalization with “Israel” is in the interest of both Washington and Riyadh, and they stressed the need for Biden to strive hard to achieve this scenario.

The two writers also confirmed that cooperation between the enemy entity and Saudi Arabia is increasing in the military and intelligence fields, and considered that “this indicates that full diplomatic relations can be established between the two sides.”

They added, “Biden’s visit may contribute to settling the file of the “Saudi islands” in the Red Sea, ensuring freedom of navigation for Israeli ships, or allowing more Israeli civilian aircraft to cross Saudi airspace.”

“Tel Aviv” and the Gulf relations to expand

The Soufan group also stopped at Biden’s upcoming visit to Saudi Arabia, pointing out that this visit comes immediately after a stop in the occupied territories, speaking at the same time about expanding relations between “Tel Aviv” and Gulf countries such as Saudi Arabia.

The group continued: “The United States’ decision to conduct direct dialogue with Saudi Crown Prince Mohammed bin Salman partly reflects the established pillars of relations between the two sides, and the kingdom remains under an American security umbrella. Arms deals, as well as military relations in general between the two sides, were not affected by the decline in relations at the leadership level.”

I also expected that the talks that Biden will hold in Riyadh will focus on common interests and not on the “mistakes and abuses” committed by bin Salman, which led to strained relations between the two sides.

The group also considered that this visit bore costs on the moral level for Biden, especially after his recent decision not to invite “authoritarian” rulers to attend the Summit of the Americas, and concluded that the visit means that realpolitik has “victory again.”