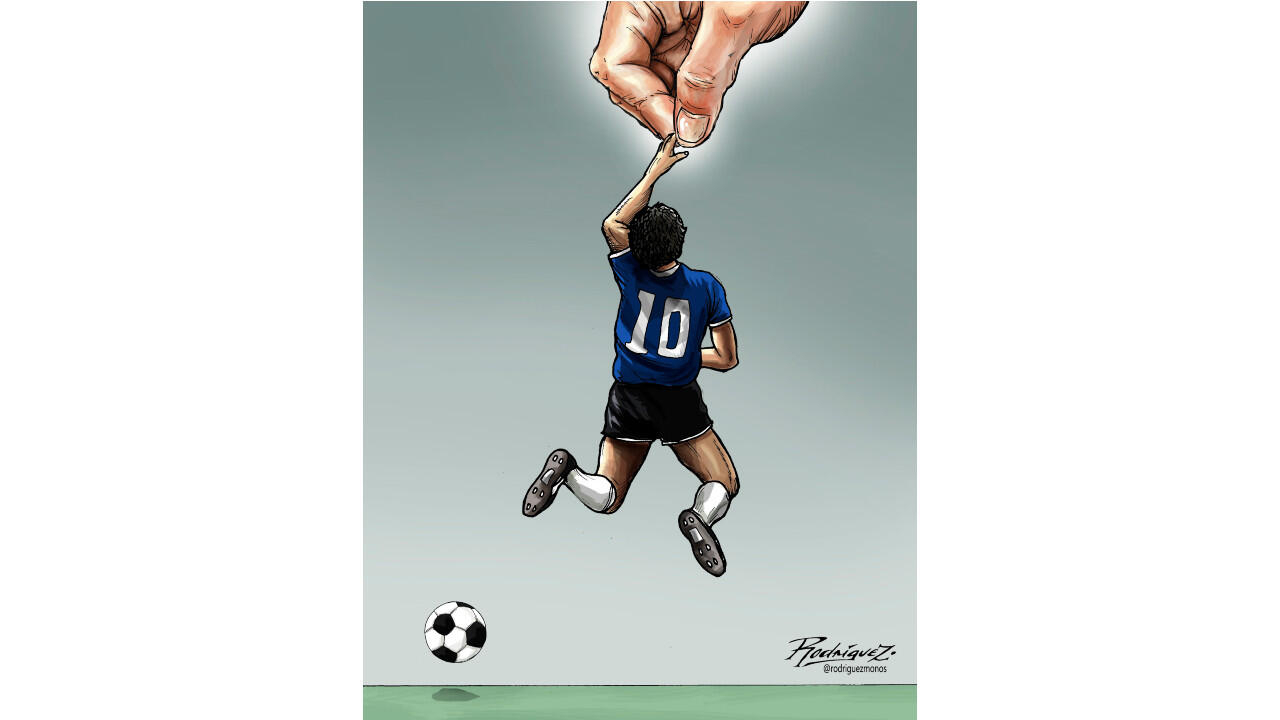 The football world mourns Diego Maradona. The disappearance of the Argentine legend on Wednesday, November 25, inspired Cartooning for Peace, as the whole world remembers this kid from the slums of the capital Buenos Aires. Diego Maradona had developed an early gift for the round ball and had a meteoric career in Barcelona and Naples through the Argentina selection to whom he offered the 1986 World Cup in Mexico.

His hand goal against England in the quarter-final of the 1986 World Cup, which he immediately renamed “hand of God”, will remain as one of the most memorable images in the history of the World Cup, just like that of his second goal, while dribbling and nerve, in this meeting at the Aztec stadium in Mexico.

Mexican designer and illustrator José Antonio Rodríguez García went there with his own tribute for the “hand of God”.

Jose Antonio Rodriguez Garcia was born in 1965 in Mexico City. Cartoonist and illustrator, he is also an active member of the Mexican Society of Cartoonists, The International Association of Cartoonists MIKS, Cartoon Movement and tOOns MaG. José Antonio Rodríguez García is currently an editorial designer and illustrator for the newspaper La Voz de Michoacán, Mexico, for the magazine Negratinta, published in Spain, and for the “Aneddotica Magazine” in Italy.

Cartooning for Peace is an international network of cartoonists committed to promoting, through the universality of press cartoons, freedom of expression, human rights and mutual respect between populations of different cultures or beliefs.