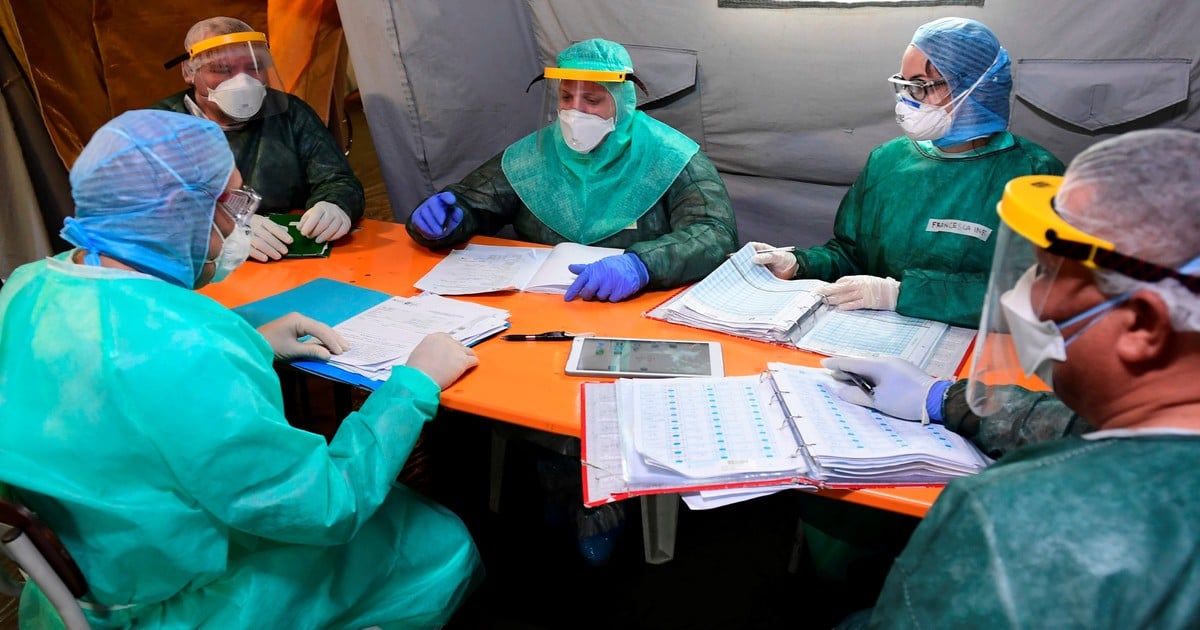 Not without controversy, the European Parliament this week highlighted the complex situation of Cuban doctors, who travel on missions abroad, in a round business in dollars for Cuba.

Parliament approved this June 10 by majority, a historic resolution condemning human rights violations in Cuba. The island wasted no time in rejecting the resolution, calling it “spurious and interfering” and underlining that this “monstrosity” was promoted by a group of MEPs aligned with Washington.

It is true that the European resolution opened the floodgates to a series of criticisms for and against the regime. The debate on human rights in Cuba is not new. And passions are always on and polarized.

This time however, the resolution shed light on the situation of the missions of Cuban doctors that the communist regime sends abroad.

These missions, which serve as propaganda for the Cuban government, are – according to their critics – a sample of the control that Cuba exercises over its population, especially when you are abroad.

Beyond a work of international cooperation, the missions of Cuban doctors to the world they are a source of income. In 2018, Havana would have raised $ 6.3 billion thanks to the exploitation of their doctors. It was their largest source of foreign exchange. In 2019, medical services represented 46% of Cuban exports and 6% of the island’s GDP.

Cuban doctors in Crema, in the worst of the pandemic. Photo: EFE

But the doctors hardly get along a small slice to which they would not have access until they returned to their country. The detractors of the Cuban regime denounce that the trained Cuban doctors are prey to a system similar to that of “human trafficking, slavery.” And they applaud the resolution of the European Parliament so that no country be an accomplice of the system.

“We reiterate our energetic rejection of this monstrosity promoted by the most extremist representatives of the Spanish political groups Partido Popular and Vox, who have no moral authority to judge Cuba, “trilled the International Relations Commission of the National Assembly, in a statement published on its website on Thursday.

In the document, approved by 386 votes in favor and 236 against, with 59 abstentions, MEPs condemned “the existence of political prisoners, persistent and permanent political persecution, acts of harassment and arbitrary arrests of dissidents” in Cuba. .

The “slavery” of doctors

In its resolution, Parliament adhere to various reports of various human rights organizations such as Human Rights Watch and the IACHR that denounce the “slavery” of Cuban doctors.

These organizations denounce that Cuba “imposes on all civilian employees abroad who work for the State or for state companies, including medical personnel, unjustified duties and obligations that violate human dignity and the most basic and fundamental human rights. “

Cuban doctors seek to enter the US from Bogotá. Photo: AP

They also emphasize that the Cuban Penal Code punishable by penalties of eight years in prison to all officials who do not complete medical missions or who they decide not to return to Cuba.

The Inter-American Commission on Human Rights (IACHR) has considered these medical missions as a modern form of slavery.

The communication of the United Nations High Commissioner for Human Rights on the Cuban medical missions also highlighted the working conditions precarious and inhumane of medical personnel, accusations supported by Human Rights Watch and 622 testimonies.

Based on these data, the European Parliament condemned “the systemic violations of human and labor rights committed by the Cuban State. against your healthcare staff sent to provide services abroad on medical missions, which violate the fundamental ILO conventions ratified by Cuba. “

Cuba sends to thousands of workers of health to various countries. In 2018, it had more than 95,000 doctors, for an island with a population of just 11 million. In the German state of Baden-Württemberg there are 51,000 doctors for the same number of people.

The image of the medical superpower

“Building the image of a medical superpower has always been one of the regime’s top priorities,” he explains. Antonio Guedes, former president and member of the board of directors of the Cuban Liberal Union party in exile, in statements to the DW agency.

At the end of 2018, Cuban medical missions abroad involved the transfer of 28,000 doctors and health personnel to 67 states, before Cuban doctors were expelled from countries such as Brazil, Bolivia, El Salvador and Ecuador when their respective governments turned to the right, and the extreme right, like in the case of Jair Bolsonaro in Brazil.

As he writes Samuel Farber, a sociologist at the University of California at Berkeley, born in Cuba, Cuban doctors receive only about 25% of what foreign governments pay Cuban authorities for their services (most host countries also provide free accommodation to Cubans, although of highly variable quality).

Farber maintains that doctors abroad are subject to a series of government rules that limit their mobility and they try to avoid desertions.

For example, they have their compensation, or part of it, deposited by the State in Cuba itself, and must leave their spouses and / or minor children on the island.

A Cuban doctor in Bolivia, in an image from 2006. Photo: AFP

What’s more, they must surrender their passports to their supervisors as soon as they arrive in the foreign country where they will perform their duties. Desertion has severe penalties, such as a ban on visiting Cuba for eight years despite still being Cuban citizens.

As documented by @CubanDefenders, a group of activist jurists for the legal defense of human rights based in Madrid, there are currently around 5 and 10 thousand Cuban medical parents that they were forcibly separated from their children and families, because they cannot object to being destined.

Many have stopped seeing their families for 8 or 10 years.

However, not all doctors are against traveling. According to Farber, there are Cuban doctors who are “more than willing to practice abroad under the patronage of their government.” In addition to the humanitarian feelings that can motivate them, Saber says, the very low 25% of the payment they receive for their services it’s much better than they would normally earn in Cuba.

In an article published by the Spanish newspaper El Mundo, the painting is another one.

In a note titled “The hell of the doctors of Castroism”, the newspaper explains that there is an ironclad manual of repressive norms that accompanies Cuban doctors who travel abroad.

Staff must report to their superiors all your love relationships. It is also prohibited to maintain relationships with people who maintain “positions hostile or contrary to the Cuban revolution” or “whose conduct is not in accordance with the principles or values ​​of Cuban society.”

Being considered a “regulated population”, doctors can only travel abroad with special permits. In the latest recruitments to fight Covid, doctors confessed to the Prisioners Defenders organization that they accepted the job because they feared retaliation or they did it to get food or flee the country.

According to HRW and United Nations investigations, there are also “excess hours worked”, vacation and salary limitations and threats.

The Cuban government denied the accusations and singled out human rights rapporteurs for “fomenting spurious campaigns promoted by the US government.”