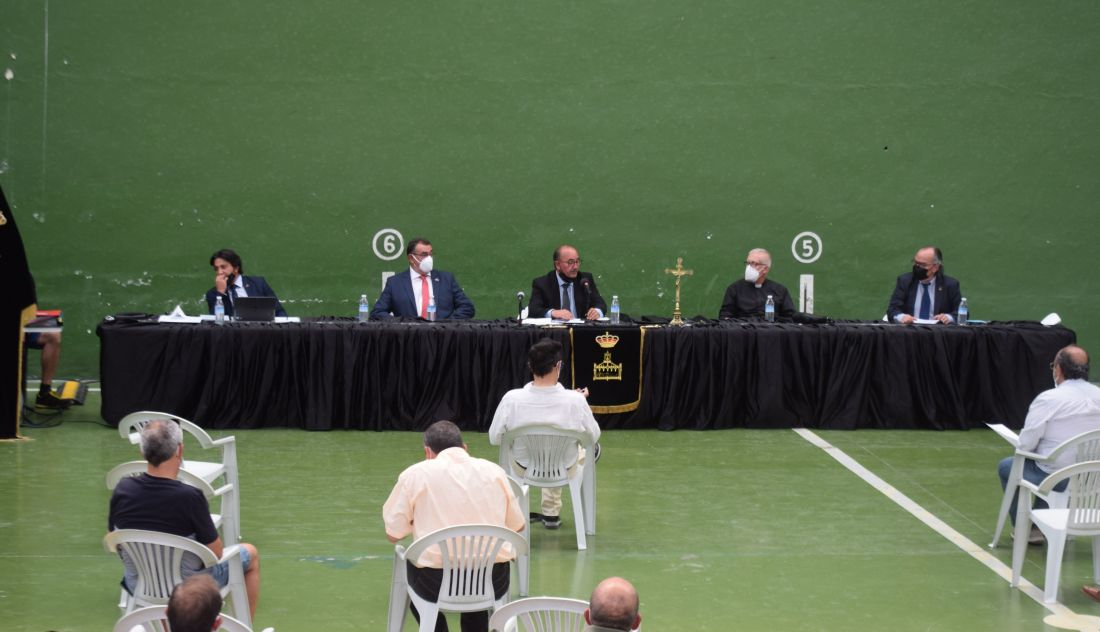 The Royal Brotherhood of the Holy Burial held its general assembly after having to postpone it due to the pandemic, so it took points from the day of 2019, 2020 and, logically, 2021. The Board of Directors, after having to suspend the assembly a few months ago, chose This Saturday at 4:00 p.m. in the Frontón de San Atilano as the place to hold the meeting, which did not encourage many brothers, obtaining a quorum at 4:37 p.m. when the 85 necessary brothers were exceeded.

Once the assembly began, all the points were approved after the prayers were prayed, starting with the minutes of the 2019 assembly and the accounts for the years 2019 and 2020, as the assembly could not be held last year due to the health situation.

After that, the next two points, those of the annual fee and the budget for 2021, were the ones that had the most debate, with several brothers with different points of view from those of the board.

The Holy Burial approved a budget for 2021 with a budget of 15,000 euros and 14,900 of expenses, which will generate a surplus of 100 euros in the brotherhood. This led some brothers to ask about the economic situation of the brotherhood and ask that the fee be collected in order to have greater solvency, especially in a year, like this, of change of board of directors, which could lead to liquidity problems for the new directive that will arrive in a few months.

And it is that, some of the brothers reproached him that months ago this Board of Directors said that there could be economic problems in case of not passing the quotas and showed his concern if the new directive was going to find economic problems for next year in If these fees are not charged, which represent more than 60,000 euros per year for the brotherhood.

It was these two points, almost fused into one, that generated a stir among the almost 100 attendees at the Frontón de San Atilano, although it was finally approved by the brothers as a presumptuous with a positive balance. Before that, there were several brothers who asked for more information and the assembly was heated for a few minutes on the issue of fees and the economic future of the brotherhood.

In the president’s report, Graciliano Hernández set a date for the elections, September 11, although he did not call them and the date could vary until its convocation, but the brothers of the Santo Entierro already know that, within less than two months, they will elect their new president.

In addition, Graciliano Hernández explained that the Brotherhood of the Holy Burial has completely removed the mortgage, leaving only 0.75 euros to pay.

Convention on the Christ of Injuries

One of the points of the debate was the agreement with the Royal Brotherhood of Cristo de las Injurias on the transfer of the title image after a brother’s question. Given this, the president of the Santo Entierro, Graciliano Hernández, explained that it is an agreement that will have to be modified so that it is not harmful to the brotherhood.