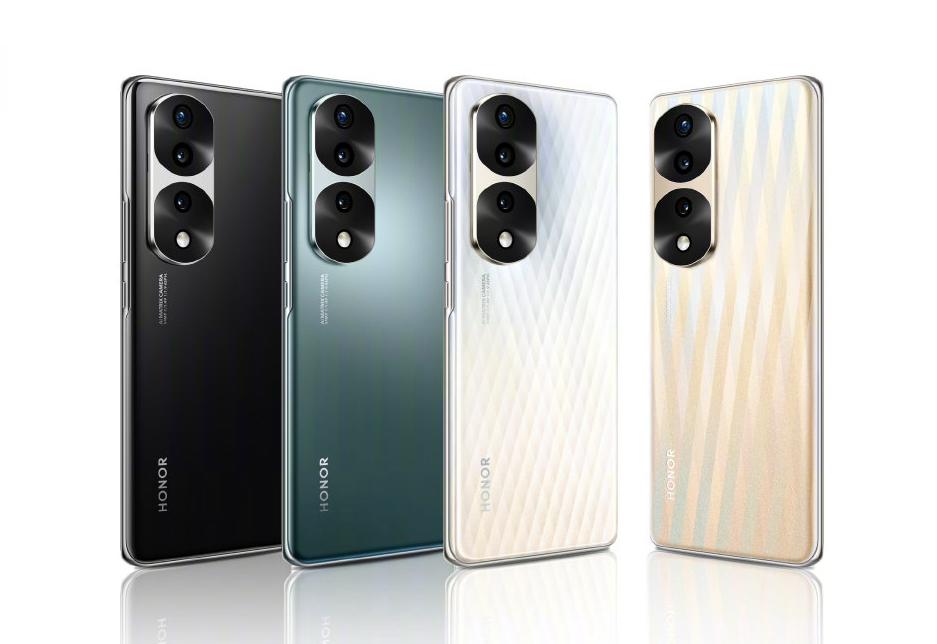 Huawei last year P50 The “pill” double-ring design used in the series was one of the most recognizable shapes in the mobile phone market at that time.Honor, which seems to be broken with Huawei, is followed by the Honor 50 It also almost copied this scheme, and what was unexpected was that this use wasthree generations. The three new phones of the Honor 70 series that debuted tonight still show the obvious Huawei ancestry. This apparent “sharing” seems to have long since become a tacit understanding between the two companies. Until the US ban on Huawei is lifted, the latter may only indirectly maintain its presence in the market in this way.

In addition to the conspicuous rear camera, the Honro 70 (see below), 70 Pro and 70 Pro+ (see above) this time also added a diamond-shaped shading on the glass back of some color matching. The weights of the three mobile phones are 178g, 192g, and 192g, respectively, and the thicknesses are 7.91mm, 8.18mm, and 8.18mm. The new phones are equipped with full-featured encrypted NFC, and the higher-end models also feature dual stereo speakers. In terms of specifications, the Honor 70 will be equipped with a Qualcomm Snapdragon 778G+ processor and a built-in 4,800mAh battery that supports 66W wired charging. The Pro and Pro+ models use MediaTek Dimensity 8000 and 9000 chips respectively, and the batteries are both 4,600mAh and support 100W wired fast charging.

The Honor 70 has a 6.67-inch hyperboloid OLED screen with FHD+ resolution and a 120Hz update rate, while the other two have chosen a 6.78-inch FHD+, 120Hz quad-curved OLED. This time, the rear main camera of the entire Honor 70 series will use a 1/1.49-inch 54MP Sony IMX800 custom photoreceptor, as well as a 50MP ultra-wide-angle camera. On this basis, the Honor 70 will also have a 2MP depth-of-field module and a 32MP selfie camera, while the Pro and Pro+ both use an 8MP 3X telephoto and a 50MP selfie camera.

Win11 will usher in an important update: Microsoft Store can restore apps with one click | XFastest News