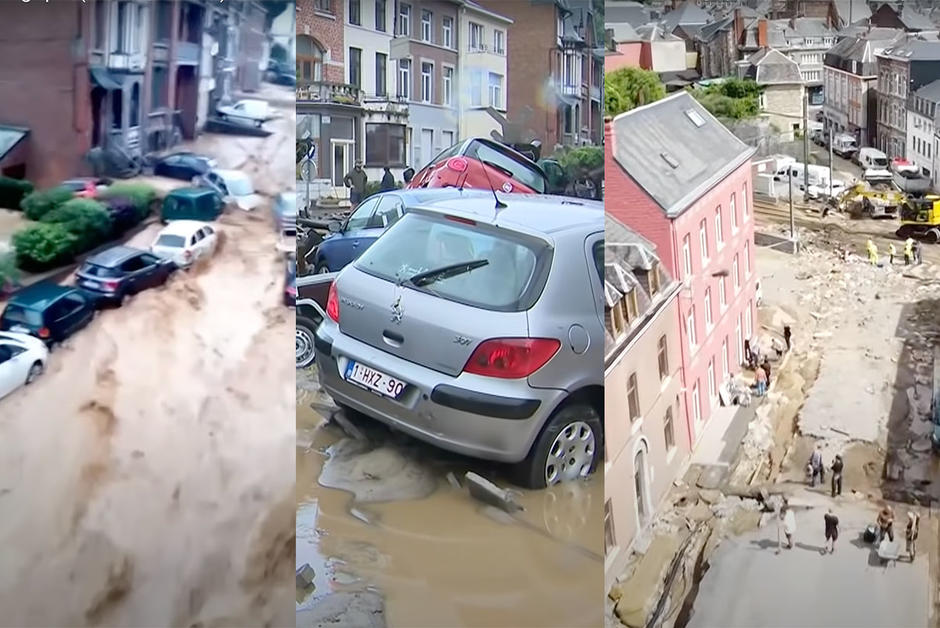 Only two weeks after the severe bad weather in mid-July, Belgium is once again struggling with rising water levels: in Wallonia, the cities of Namur and Dinant have been particularly affected, laments the Belgian press.

Perhaps you have already wondered how the rising waters could surprise residents, who were warned of the risk of flooding: the images of the city of Dinant, where a torrent ravaged a traffic lane, Monday July 26, show the dramatic speed at which a flash flood can occur.

In just three minutes, as shown in the video below, widely relayed on social networks and shared here by The future, the water which streamed in the rue Bonsecours formed a devastating torrent, under the panicked gaze of a resident at his window.

“In just a few minutes”, relate la RTBF in a video report, the powerful torrent formed in the rue de Philippeville, reports the Belgian channel. “Water so strong that the parked cars were washed away, overlapping each other on the crossing.” A resident of the neighborhood interviewed by the media confides her dismay:

I would have cried when I saw the cars coming down one after the other. We were very scared… ”

The mayor of the city of Dinant, Axel Tixhon gave a press conference Monday evening, specifying that the damage is only material. “Fortunately, no injuries to be deplored”, did he declare. Up to 60 centimeters of water have entered some houses.

Same scenario in the neighboring town of Namur, where “The rue de Bomel has turned into a torrent”, explain again the RTBF, after a flood of the Houyoux, “A stream normally channeled and underground in Namur and which flows into the Meuse”. The army was deployed in the flooded districts of Namur, as shown by these images relayed by The future :

The parties of the Walloon majority (PS, Reform movement and Green) “Are willing to look at what worked and what went wrong in the occurrence and management of floods”, report La Libre Belgique. For the time being, the priority is to take care of the affected residents.