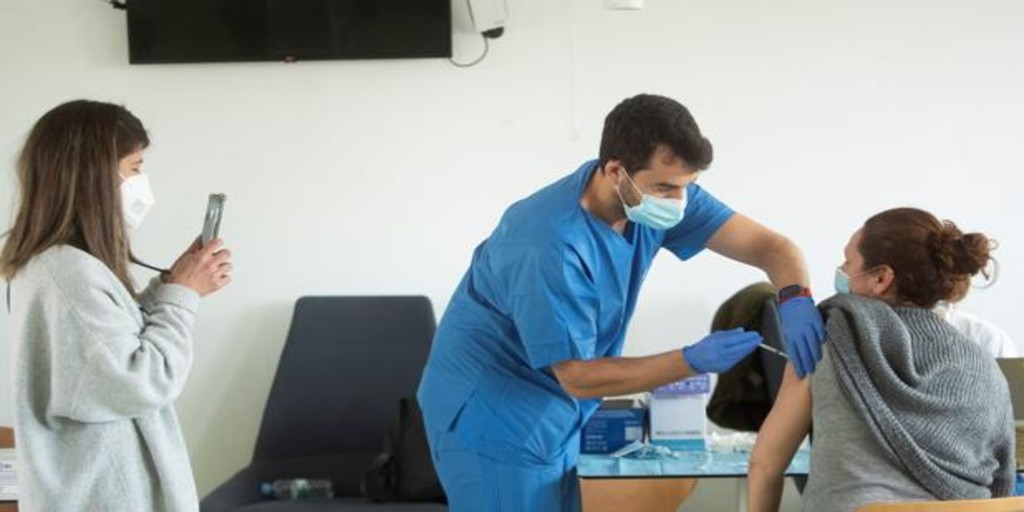 Protective antibodies generated in response to vaccination could target a broader range of SARS-CoV-2 peak protein receptor-binding domain (RBD) epitopes than antibodies resulting from infection, reveals a new study by patients with Covid-19 who received the vaccine Moderna mRNA.

The results published in
«ScienceTranslational Medicine», along with other recent studies, suggest that people may have different levels of immunity and susceptibility to SARS-CoV-2 variants, depending on how they acquired their immunity against the virus.

The new data could also help to understand whether some responses to vaccines will be more resistant to viral evolution.

The emergence of SARS-CoV-2 variants with mutations in key epitopes of the spike protein, the main targets of antibodies, has raised concerns about whether immunity from previous infection or vaccination will be sufficient against new variants. .

Allison Greaney’s team from
Fred Hutchinson Cancer Center and of the
University of Washington (USA) compared the specificity of human antibody responses against the SARS-CoV-2 peak protein receptor elicited by the mRNA vaccine with that elicited by natural SARS-CoV-2 infection.

The researchers fabricated libraries of mutated RBD regions and exposed them to sera or plasma drawn from vaccinated and unvaccinated infected people.

DNA sequencing of the resulting mixture showed that the antibodies elicited by immunization were more targeted to RBD and targeted a broader range of RBD epitopes than those elicited by natural infection.

The researchers write that these findings demonstrate thate vaccine-induced antibodies have a higher binding amplitude than infection-induced antibodies within the RBD, which suggests that the former could still attack the virus in a potent way against RBD mutations.

Therefore, they hypothesize that these differences in antibody responses elicited by the vaccine and infection may exist because the vaccine exhibits viral protein in slightly different conformations, and the method of administration of MRNA can lead to a kinetics presentation of antigen different from that of viral infection.

And they conclude: «Our findings suggest that the antibody response to the variants could vary depending on the source generating the immunity»Say the authors.