The Iranian ship “Fortune”, loaded with fuel, is in Venezuelan waters. He is going this Sunday May 24 to the port of the El Palito refinery. The tanker is escorted by boats and helicopters of the Bolivarian Armed Forces in order to avoid any hostile action by the United States.

After a passage near Trinidad and Tobago, The Iranian ship “Fortune”, loaded with fuel ship is in Venezuelan waters since Saturday May 23 at 21H00 local (01H00 GMT), the Iranian oil tanker Fortune appeared near the coasts from the State of Sucre, in the north of Venezuela. The oil tanker is expected at the port of a refinery in Puerto Cabello this Sunday, in the state of Carabobo.

Since entering the territorial sea of ​​Venezuela, the tanker has been escorted by Bolivian Armed Forces (FANB) boats, helicopters and planes from the South American country in response to threats by the United States to intercept Iranian ships .

Tehran warned of “consequences” if the United States prevented the delivery of Iranian petroleum products to Venezuela, where fuel shortages worsened with the coronavirus pandemic.
The desperately needed shipments have caused a diplomatic deadlock between the U.S. and Iran and Venezuela, which are under U.S. sanctions.

Iran has repeatedly expressed support for Maduro, who is also supported by Russia, China, Turkey and Cuba. The close relations between Caracas and Tehran date from the time of President Hugo Chavez (1999-2013), mentor and predecessor of Nicolas Maduro.

On behalf of Nicolas Maduro and all of Venezuela, we salute and welcome the ships of the Islamic Republic of Iran, which are close to arriving at the ports of our homeland, “said the Venezuelan Minister of Petroleum on Twitter, Tareck El Aissami, May 23 evening.

1.5 million barrels of gasoline and additives

Gasoline is scarce in Venezuela due to an almost complete breakdown of the refining network of 1.3 million barrels per day from the OPEC country. 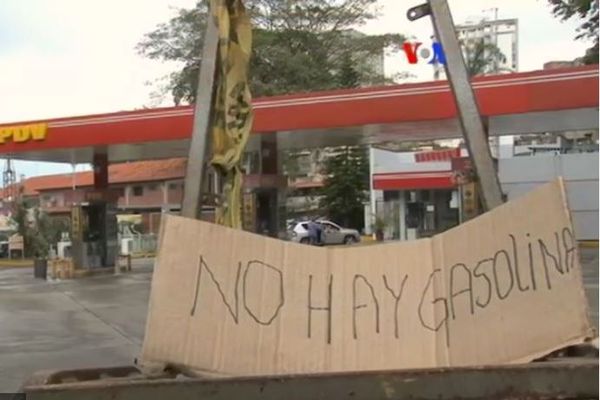 The first Iranian ship “Fortune” started its voyage on May 16, as well as four other ships which transport 1.5 million barrels of gasoline and additives within the framework of the relations of cooperation of the two countries. 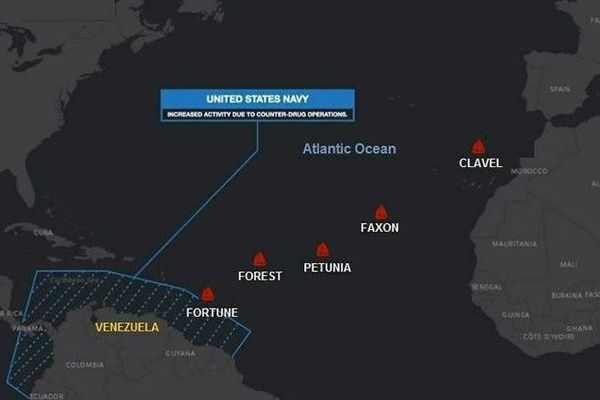 the Iranian fleet on the sea in the direction of Venezuela

The arrival of the other ships – the Forest, the Petunia, the Faxon and the Clavel – is expected in the coming days. They are all at sea and will also be under military protection as soon as they enter Venezuelan waters.