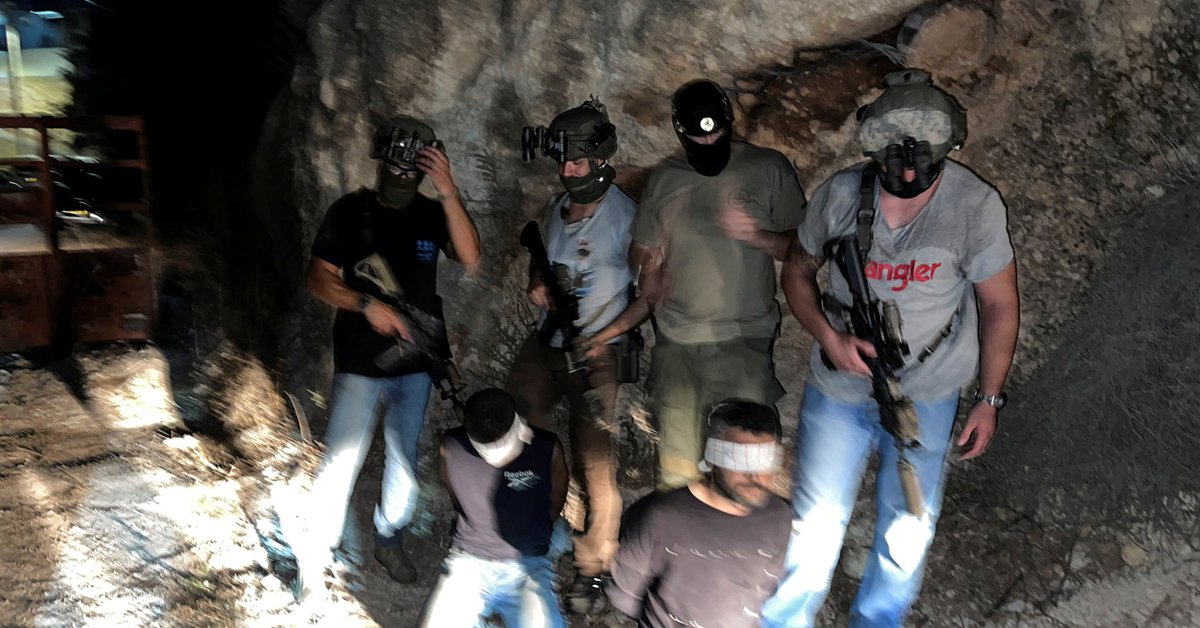 The Israeli army announced the arrest of the last two escapees from the escape of six Palestinian prisoners two weeks ago, from a jail in northern Israel.

The six terrorists, arrested for violent acts against Israel, They escaped on September 6 from the Gilboa high security prison, in the north of the territory, through a tunnel that they dug under a sink that led to a hole outside the penitentiary.

The weekend after the escape, Israeli forces detained four of them in Nazareth, Israel’s main northern Arab town.

Sunday morning the army announced in a brief statement the capture of the last two in an operation in Jenin, in the northern West Bank.

The detainees were brought to justice (PHOTO: REUTERS)

The latest detainees are Ayham Kamamji, 35, and Munadel Infeiat, 26, both from the Islamic Jihad and they were captured in a joint operation with the special anti-terrorist units.

The two men “are being questioned”, added the army statement, without giving further details of the capture.

Hailing from Kafr Dan, near Jenin, Ayman Kamamji had been arrested in 2006 and sentenced to life for the kidnapping and murder of Eliahou Ashéri, a young Israeli settler.

For its part, Munadel Infeiat was arrested in 2020, according to Islamic Jihad, and he was awaiting his sentence after being imprisoned for his activities as a member of the armed movement.

Since their escape through a tunnel dug under a sink, the Israeli authorities searched for them in Israel and the West Bank, where the fugitives are from and where the army deployed reinforcements.

It was believed that they may have left the country, crossing the border into Jordan, but four of the fugitives they were arrested in northern Israel, about 30 kilometers from the prison last weekend.

The weekend after the escape, Israeli forces detained four of them in Nazareth (PHOTO: REUTERS)

The police announced the arrest in Nazareth, the main Arab town in northern Israel, from two members of the Islamic Jihad armed group: Yaqub Qadri, 48, and Mahmud Ardah, 45.

According to the local press, Ardah, who was serving a life sentence, was the main instigator of the escape.

“The police forces discovered them and chased them by helicopter”, the police said about the two fugitives. “They were detained without resistance in southern Nazareth.”

The Israeli police later announced the arrest of the other two escapees who “were hiding in a truck parking lot.”

Is about Zakaria al Zubeidi, a well-known former leader of the armed wing of the Fatah party of Palestinian President Mahmoud Abas, and Mohammad Ardah, a member of Islamic Jihad.

The arrests took place in the Arab city of Shibli Umm al Ghanam, a dozen kilometers east of Nazareth.