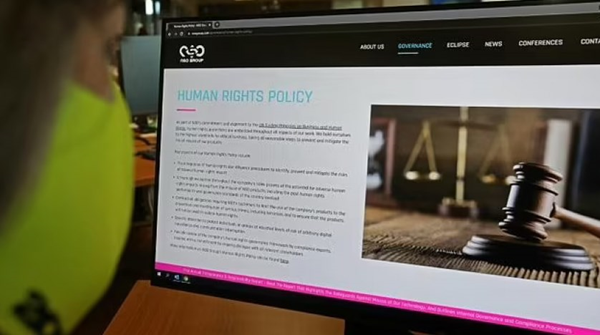 The Knesset’s Foreign Affairs and Security Committee begins an investigation into the leaks about the use of the Israeli “Pegasus” program to spy on journalists and officials around the world.

The head of the Foreign Affairs and Security Committee in the Israeli Knesset, Ram Ben Barak, said today, Thursday, that the Israeli parliament has formed a committee to investigate allegations that some countries have “misused”. Spyware “Pegasus” To spy on characters.

“The Foreign Affairs and Security Committee appointed a committee consisting of several groups,” Ben Barak told Israel’s Army Radio, adding: “At the end of the investigation, we will assess whether we need to make any corrections.”

Today, Thursday, NSO Group CEO Shalev Hulio denounced the attempt to “discredit the entire Israeli Internet industry”, and said he was “very supportive” of an investigation into the “acquittal” of his company.

The Pegasus program, which Developed by an Israeli private company – It coordinates directly with the Israeli government – by spying on smartphones, by penetrating them with a virus that allows access to photos, conversations and documents inside the phone.

A report published by the “New York Times” newspaper, last Saturday, revealed that “Israel” secretly allowed a group of electronic monitoring companies to work for the government of the Kingdom of Saudi Arabia.

The spy company was founded by people who previously worked in Unit 8200, one of the most powerful arms of Israeli intelligence, whose work is focused on spying on institutions and individuals around the world.

Pegasus spied on at least 189 journalists, 85 human rights activists, and 14 heads of state. The NSO Group stated that it has sold the Pegasus program to more than 40 countries, with the approval of the Israeli authorities.