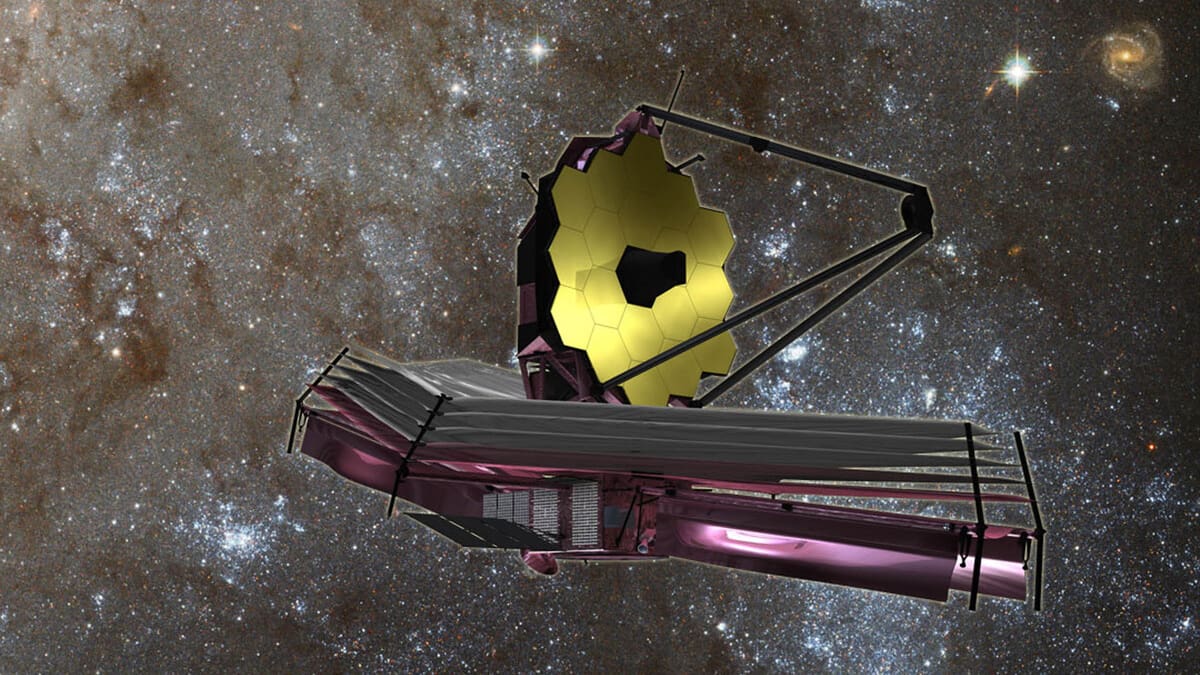 Almost a month after its launch, the James Webb Space Telescope has reached its final orbit, 1.5 million km from Earth, from which it will be able to observe the first galaxies in the universe, NASA has confirmed. Monday.

It activated its thrusters at around 7 p.m. GMT in order to reach Lagrange 2 or “L2” point, ideal for observing the cosmos. “Welcome home, Webb!” exclaimed the boss of the American space agency, Bill Nelson, in a press release.

At this carefully chosen orbit, the Earth, the Sun and the Moon will all be on the other side of its sun visor, which will ensure that it operates in the darkness and in a very great cold essential to the study. the first cosmic radiation via its infrared sensors.

This is the third time that the telescope has operated its thrusters in this way since its launch aboard an Ariane 5 rocket on December 25.

The great impulse provided by the rocket had indeed been deliberately minimized to prevent the instrument from overshooting its target, with no real hope of returning, and it still had to, by small successive pushes, place itself there by itself.

The James Webb telescope, whose cost for NASA is estimated at 10 billion dollars, is one of the most expensive scientific equipment ever built, comparable to its predecessor Hubble or the huge particle accelerator at CERN.

But while Hubble was placed in orbit around the Earth, Webb will orbit in the region of space called Lagrange point 2, where the gravitational forces of the Earth and the Sun are counterbalanced by the centrifugal force of the telescope, allowing a stable trajectory with less fuel usage.

The new telescope will not be exactly at the L2 point but will oscillate around it in a “halo” at a distance similar to that of the Earth and the Moon, on a six-month cycle.

Other space missions have previously been placed on L2, such as the Herschel infrared space telescope developed by the European Space Agency or a NASA satellite which was already intended to study the big bang.

James Webb’s positioning will also allow him to stay in constant contact with Earth via the Deep Space Network, a network of three large antennas in Australia, Spain and California.

NASA had succeeded in early January in deploying – a very perilous operation – the huge mirror of the telescope which will allow it to receive radiation emitted by the first stars and galaxies, formed more than 13.4 billion years ago, less than 400 million years after the Big Bang.

As the universe expands, this light travels further and further to reach the observer, and in doing so it “reddens”. As the sound of an object moving away becomes muffled, the light wave stretches and passes from the frequency visible to the naked eye, to that of infrared.

However, Webb, unlike Hubble, is equipped to perceive these infrared signals, which will allow him to see not only older objects, but also the interstellar dust clouds that absorb starlight and hide them from Hubble’s gaze.

It must also take a big step in the exploration of exoplanets, orbiting stars other than the Sun. He will examine their atmosphere, looking for conditions conducive to the appearance of life.

Next step: its scientific instruments still need to cool down before being very precisely calibrated. Its first images should be transmitted in June or July.

She becomes a millionaire thanks to a spam email