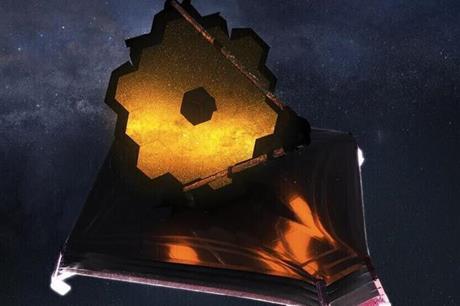 news agent- NASA’s James Webb Telescope (JWST) has made a new discovery after last week’s dazzling image of the universe, finding a 13.5-billion-year-old galaxy, which is now the oldest in the universe visible to human eyes.

The James Webb Telescope captured a look at GN-z13 using the Near Infrared Camera (NIRCam) instrument, which is capable of detecting light from the oldest stars and galaxies.

This telescope uses a wide range of infrared light to see past time, and this is done by analyzing the time it takes for the light to travel through space.

While investigating the region is GN-z13, JWST also spotted GN-z11, and scientists from the Harvard and Smithsonian Center for Astrophysics in Massachusetts note that while both are ancient, each galaxy is very young, New Scientist reports.

The team suggests that this happened when galaxies were growing and devouring stars in the region, and the researchers shared in the paper: ‘These two objects are already setting new constraints on the evolution of galaxies in the age of cosmic dawn.’
They point out that the discovery of GNz11 was not just a matter of good fortune, but that it is likely that a group of ultraviolet-luminous sources with very high star-forming efficiency is capable of assembling.

Gabriel Brammer of the Niehls Bohr Institute in Denmark, part of the GLASS team and co-discoverer of GN-z11, told New Scientist that further analysis will be needed to confirm the distance to the two galaxies.

Legal Disclaimer: Middle East and North Africa Financial Services Network provides the information “as is” without any representations or warranties…whether express or implied. This is a disclaimer of our responsibility for the privacy practices or the content of sites attached within our network, including images and videos. For any inquiries regarding the use and reuse of this source of information please contact the provider of the above article.