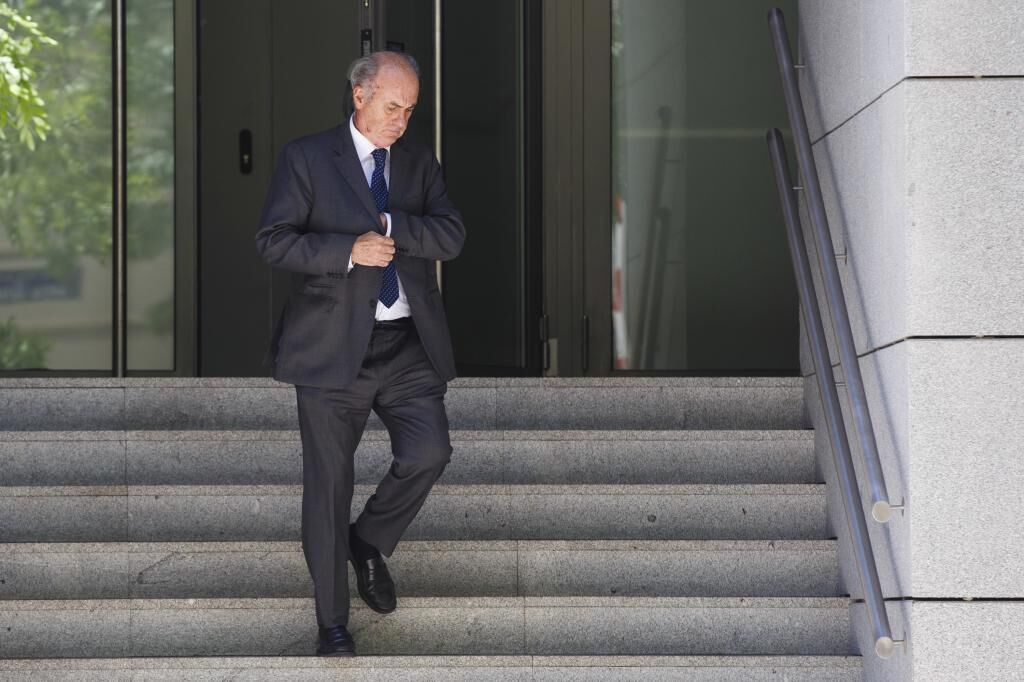 Anti-corruption had asked him to wait for the resolution of the appeals in which he asks to keep the companies and their presidents, Antonio Brufau and Isidro Fain, charged.

The judge of the National CourtManuel Garca-Castelln has terminated the investigation into the hiring of retired commissioner Jos Manuel Villarejo by Repsol and Caixabank and has proposed to judge the security chiefs of the companies, Rafael Arajo Bernab and Miguel ngel Fernndez Rancao, respectively.

The instructor thus ignores the request of the Anti-Corruption Prosecutor, who had asked him not to issue the order that concludes the case until the court that reviews the judge’s decisions resolved the appeal in which Anti-Corruption asks to keep the companies as legal persons and their presidents as defendants, Antonio Brufau (Repsol) e Isidro Fain (Caixabank).

García-Castelln raised his accusation at the end of July and two weeks ago Anti-Corruption presented a tough direct appeal brief before the Criminal Chamber. He closed it by asking the judge to paralyze the decision that he ended up adopting this Monday to close the case and give the Prosecutor a period of 10 days to present his indictment.

The car that ends the instruction of part 21 (Wine project) of the so-called Tandem case He also proposes to judge Villarejo himself and his partner, Rafael Redondo. Also to the commissioner Enrique Garca Castao and the deputy director of Support Services of the Repsol Corporate Security Directorate Rafael Girona.

According to the instructor, there are indications that all of them participated in the operation to spy on the president of Sacyr Luis del Rivero to prevent the construction company from taking control of Repsol through an agreement with the Mexican oil company Pemex.

In the resolution, the judge agrees to dismiss the case for four other former Repsol and Caixa executives, estimating that once all the pertinent procedures have been carried out, it concludes that there are not enough elements to attribute the commission of the crimes under investigation.

In his car, the instructor explains that in 2011 the Cenyt Group prepared a series of reports on Luis del Rivero, his wife, the head of Security at Sacyr and the former Repsol Financial Director with which the Villarejo company agreed to information, telephone calls made by Del Rivero and his environment, which constitute data of a reserved nature that is not accessible by open sources or public records. Call and communication traffic was facilitated by Garca Castao, then head of the Central Operational Unit.

The magistrate emphasizes that when these events took place, Villarejo was a commissioner of the National Police Corps and that there is no ongoing police investigation that would justify the request for data traffic on the persons investigated by the Cenyt Group.

Regarding the two security directors, the judge explains that both have “a high degree of organizational and contractual autonomy.” In this sense, adds the judge, both investigated “had wide margins of hiring, decision and order of payments in relation to the field of security of the aforementioned companies.”

This thesis is key to sustaining the file of the case regarding Brufau and Fain, a decision that, despite the judge’s decision to close the case, can still revoke the Criminal Chamber.