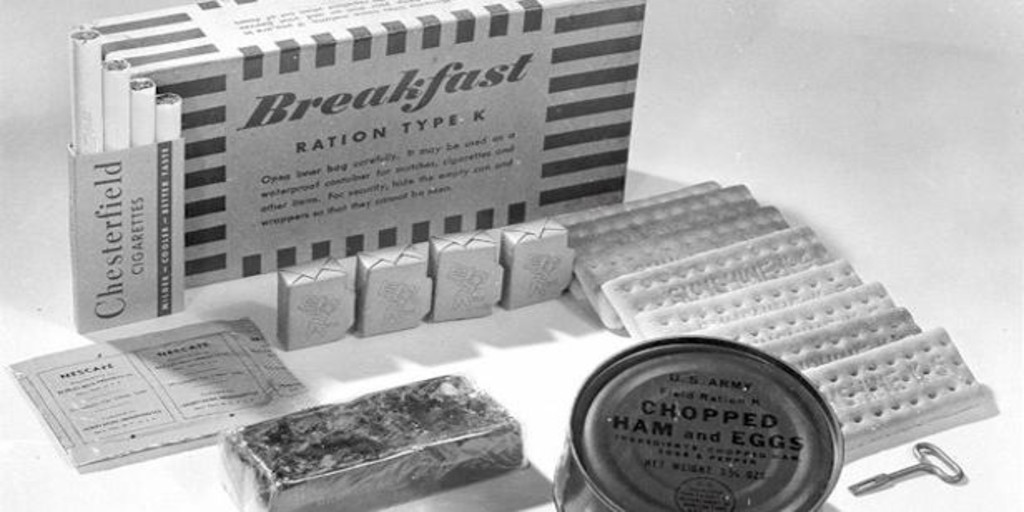 Food during the war is a truly exciting topic, about which there has been little debate and less reflection. In the first documented wars, armies were completely unconcerned with feeding their army, and it was the combatants themselves who had to ensure their support.

This fact gave rise to very curious anecdotes, from whole families that accompanied the troops, to real mobile supermarkets -with hundreds of animals and tons of agricultural products- that followed the armies to the battlefront.

In 1775 the United States Congress took action on the matter and assigned food rations to the army according to man and week, quite an innovation. During the American Civil War (1861-1865) specific personnel were assigned to prepare food and distribute it among companies.

Despite all these advances, it was not until 1902 that the first military cooks appeared and, that same year, the North American Navy published a manual with one hundred cooking recipes.

The next big jump occurred in World War I, the trenches, mud, and possible gas contamination made it necessary for soldiers to stock up on canned food and dehydrated products. We know that in that contest the US Army distributed hermetically sealed containers of fifty kilograms and food for around twenty men.

From ration A to K
During the interwar period the first military diets appeared. Ration A, made up of seventy percent meat and vegetables and which had to be served hot; serving B, very similar but with canned goods; or ration D, designed for the cavalry regiment.

When the United States entered World War II, the War Department decided to renew the military diet and, for this, it had the advice of a nutritionist, who designed the well-known “K ration”.

The letter is the initial of the last name of the nutrition expert: Ancel Keys, an American who coined the term “Mediterranean diet”. He was a restless character. During his youth he devoted himself to the most varied trades, from miner to merchant marine, passing by picker of bat guano.

Later he graduated in political and economic sciences, and just three years later he did the same in zoology. His first doctorate was not long in coming and it was in oceanography and marine biology. Not content with this, he received his second doctorate in physiology from the University of Cambridge. In other words, Keys was not a doctor.

Waste of sybaritism
His famous portion consisted of: two packages of cookies, cigarettes, chewing gum, sugar, instant coffee and a key to open preserves, which could be meat, eggs, fruit, cheese, lemon, orange or grape juice.

In addition, matches, toilet paper, salt, chocolate, sweets, candies and tablets were included to purify the water. As a curiosity, the last meals, in addition, contained a wooden spoon. Altogether, the K ration provided about three thousand calories a day.

At the landing in Normandy, it was decided to give a gastronomic touch, and a specific portion was prepared: cookies from the K portion, chocolate from the D portion, soluble coffee, dehydrated broth, caramels, fruit bars, canned meat, chewing gum and multivitamin tables. A culinary delicacy that, surely, delighted the most demanding stomachs.

Pedro Gargantilla is an internist at the Hospital de El Escorial (Madrid) and the author of several popular books. .

“Today can be a great day”, the song of hope for the actors of the Serrat musical

The S.O.S. from the president of the Paddle Federation: «If the clubs disappear, we all lower the blind»