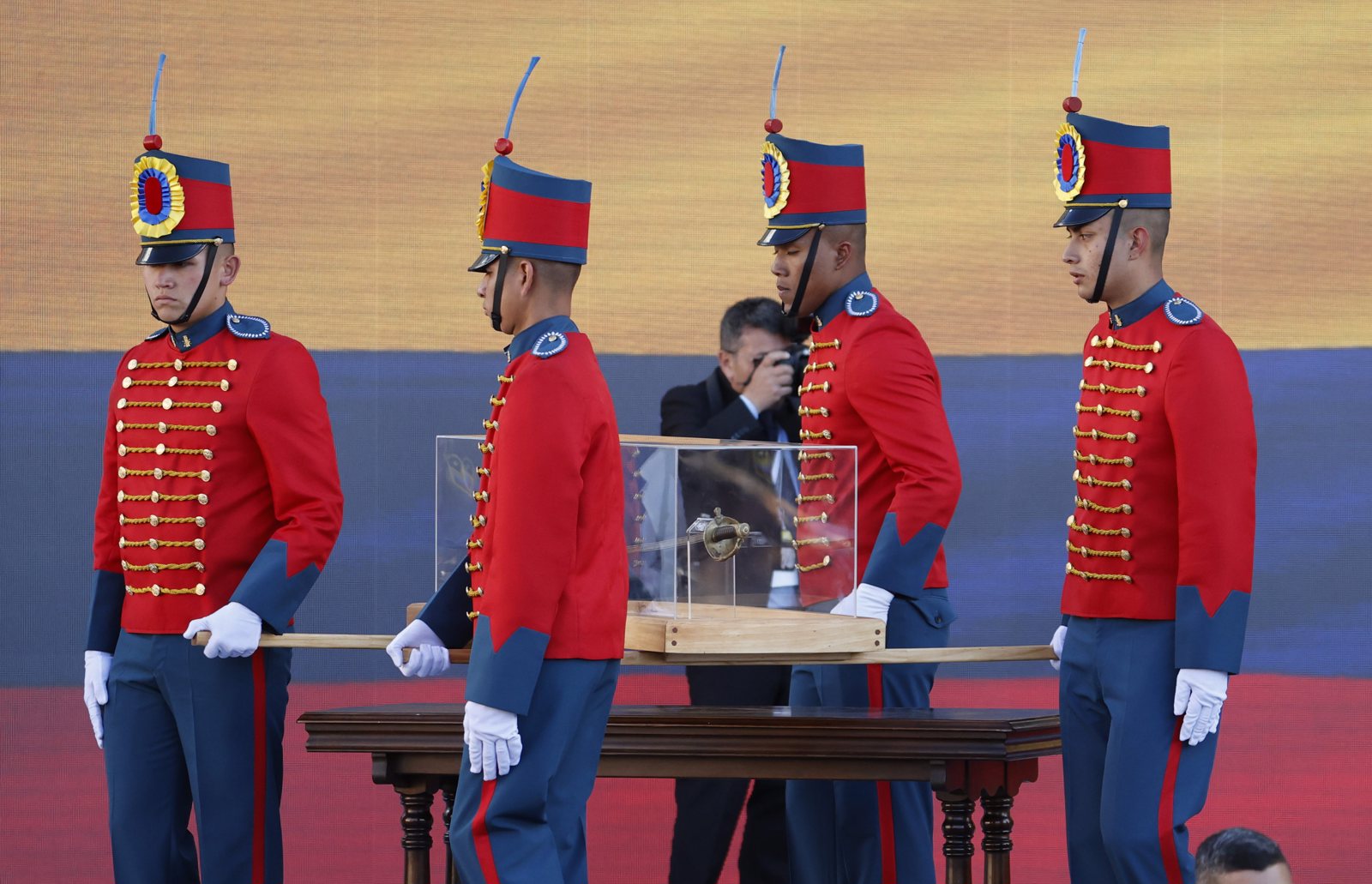 possession of Gustavo Petro, last Sunday, August 8, gave all sectors of Colombian society something to talk about: María José Pizarro —daughter of the murdered M-19 leader Carlos Pizarro— putting the presidential sash on the president, the political messages on the garments of those attending the event, the cultural display that took place throughout the country and many more were the aspects that stood out during the great event.

But, definitively, one of the moments that marked this swearing-in was the presence of the King of Spain, Felipe VI, and his reaction to the transfer of Simón Bolívar’s sword to the proscenium.

most of leaders and representatives of different Latin American countries and the world stood up and applauded at the arrival of the Colombian national symbol at Plaza Bolívar. That was not the case for the Spanish monarch, who remained seated.

And the King of Spain, the only one who remained seated when Bolívar’s sword reached the presidential possession. The same one with which the liberator fought the Spanish army more than 200 years ago. pic.twitter.com/uYO9ChehqV

This inaction aroused criticism, mainly in Spain. For example, the founder of the political party Podemos, Pablo Iglesias, pointed out the gesture as a “disrespect to a symbol of freedom in Latin America.”

A Spanish friend asked me what I thought about the King of Spain not getting up in the presence of Bolívar’s sword… And I… pic.twitter.com/3geWLv3ZC8

Petro, Duque, the King of Spain, the sword, the Colombians, the ghost of Bolívar: pic.twitter.com/ldn3JFhsRN

Even so, in Colombia the situation was taken with grace and derision, giving free rein to a lot of memes and reactions on social networks.

The King of Spain seeing all the paintings of Bolivar pic.twitter.com/pKmFvA0lKR

“We’re going to get back what was stolen.”
-The king of Spain pic.twitter.com/bEeB8JJS4E

Roy Barreras:
Mr. Secretary, a 10-minute recess, by order of the President, Bolivar’s sword is on its way.

The king of Spain: pic.twitter.com/cZuuhM4Q9F

concern of doctors and patients most at risk – La Rotonde