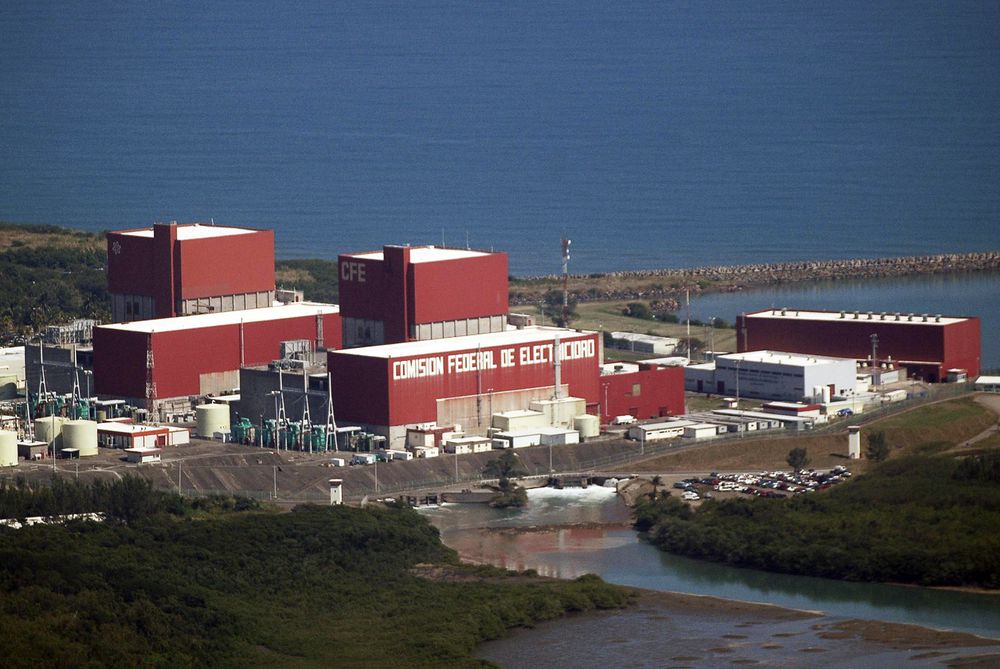 On September 3, two minutes after 5:00 p.m., the enriched uranium exchange that feeds the only Mexico’s nuclear power plant, a delicate but routine operation, resulted in an orange risk situation, one step before red, which means the maximum alert for the safety of the plant. This is revealed by a 13-page report prepared by the Federal Electricity Commission (CFE) examined by EL PAÍS, where deficiencies are identified regarding “human performance”, “a healthy culture of nuclear safety” and “programmatic or organizational aspects ”On the floor. According to sources from the plant, who asked to remain anonymous, this was not the only similar episode experienced at the Laguna Verde Nuclear Power Plant (Veracruz). In October and early December there were two other incidents that raised the risk to orange.

The CFE-owned plant, located in the Alto Lucero municipality, in the center of the state, has two reactors with an installed capacity of 810 megawatts each. It represents 4% of Mexico’s installed electrical capacity and 2% of the country’s total generation. During its normal operation and refueling process, the plant uses color monitoring that indicates the degrees of danger of core melting or disconnected components (a nomenclature that adapts the standards used by the United States Nuclear Regulatory Commission).

In mid-August, the Laguna Verde plant started refueling, a procedure that is carried out every 18 months, which usually takes a month and which broadly consists of replacing the uranium rods that feed the station and the transfer of those that already lost energy to the spent fuel pool, which stores the tubes until they lose radioactivity. Part of the tasks of this operation is to change the driving mechanisms of the control rods: rods located under the core whose function is to slow down nuclear fission, in order to prevent the generator from accelerating its power beyond 100 % and is exposed to a burst. Before starting this task, the risk in the plant was green: all systems were performing correctly.

On August 28, according to condition report 102649 examined by EL PAÍS – a report prepared by the Production Department of Unit 1 analyzes the state of a component of the plant – personnel placed protection gates between the spent fuel pool (where the already used enriched uranium rods are deposited), and the so-called “dry well”: the cavity between the reactor and its concrete containment. With the guard gates installed, a contractor changed four of the 15 control rod drives. But the next day the floodgates were removed, details the report prepared on September 11.

On September 3, outside the maintenance schedule and while a security system was disabled, the contractor decided to continue with the change of eight mechanisms, which put the plant in orange risk for 13 hours. Only when the gates were replaced and the replacement of the eight mechanisms was completed, did the system turn yellow, which represents a moderate decrease in safety.

Luis Bravo, communication coordinator for the CFE, affirms that “there has been no risk situation.” The commission’s spokesperson sent this newspaper a November release that rejects similar information published in a local Veracruz newspaper. The newsletter also diminishes the credibility of the testimony of a former employee of the plant.

The chain of events detailed in condition report 102649, meant that the plant was exposed to the danger of draining the spent fuel pool, which implies that the water boils, evaporates and the spent uranium rods are exposed and melted. due to the increase in temperature, as occurred in one of the reactors in Fukushima, Japan, due to the earthquake and subsequent tsunami in 2011. The melting of spent uranium could cause from the emission of radioactive gases to a fire that could trigger major events, like explosions.

CFE’s evaluation found that during the refueling there was an operational risk – with real or potential impact – which consisted in that the reduction of the heat of the spent fuel pool was left solely by its own cooling and cleaning system. The pool also has a residual heat removal system that would be enough to maintain cooling. The failure of one of these mechanisms to the loss of all cooling systems, the boiling of water could occur in a period of 95.2 hours or occur in as little as 10.16 hours.

“There is a very great irresponsibility. The procedure has to be reviewed 20 times to be successful. And it appears there is no adequate oversight from the regulator. It is worrying that we do not know how the plant operates, ”says Daniel Chacón, director of Energy for the Mexico Climate Initiative, who questioned the training of personnel, adherence to procedures and the opacity of the operation of the Laguna Verde Nuclear Power Plant.

In the United States, where 94 reactors are operating in 57 nuclear power plants – several close to urban centers – the Nuclear Regulatory Commission discloses incidents at these facilities. In Mexico, the CFE has repeated that the Veracruz generator operates normally and without risk of accidents, although it has not presented documentary evidence to support these claims.

Since 2012, the station’s average risk has been white, which means that the plant is performing correctly with a minimal reduction in safety, although throughout 2017 Unit 1 remained at yellow risk due to problems in the generator mitigation system. emergency diesel: the plant has two of these generators to cover a possible lack of external electricity.

Reactor I at the Laguna Verde plant began operations in 1990, and Reactor II became operational in 1995, both with a projected useful life of 40 years each. In July of this year, after Mexico’s National Nuclear Safety and Safeguards Commission reviewed the plant’s safety conditions, the Ministry of Energy renewed the operating license for another 30 years.

Independent plant sources assured each other that in addition to the September episode, U1 was also in orange in October during the work of tensioning the vessel, the hermetic closing of the lid, which implied a risk of loss of reactor coolant. At the beginning of December, U2 reportedly recorded another episode due to the “firing” (acceleration) of a pump in the reactor’s water cleaning system.

Since December 2018, the plant has had three managers, a symptom of its institutional weakness. The plant also faces three legal demands for the appointment of the current manager, Héctor López Villareal, whom a group of workers accuse of failing to comply with the requirements to occupy the position; for the renewal of the license and for the allegedly irregular granting of at least two contracts related to the works of said extension.

The events that had the “orange” plant at risk during September, and that were documented in the condition report 102649, occurred during the refueling that began on August 14 and was to end a month later, but ended with a delay. of at least 14 days; a delay that, according to those who know how it works, has already become a tradition at the Laguna Verde Nuclear Power Plant.