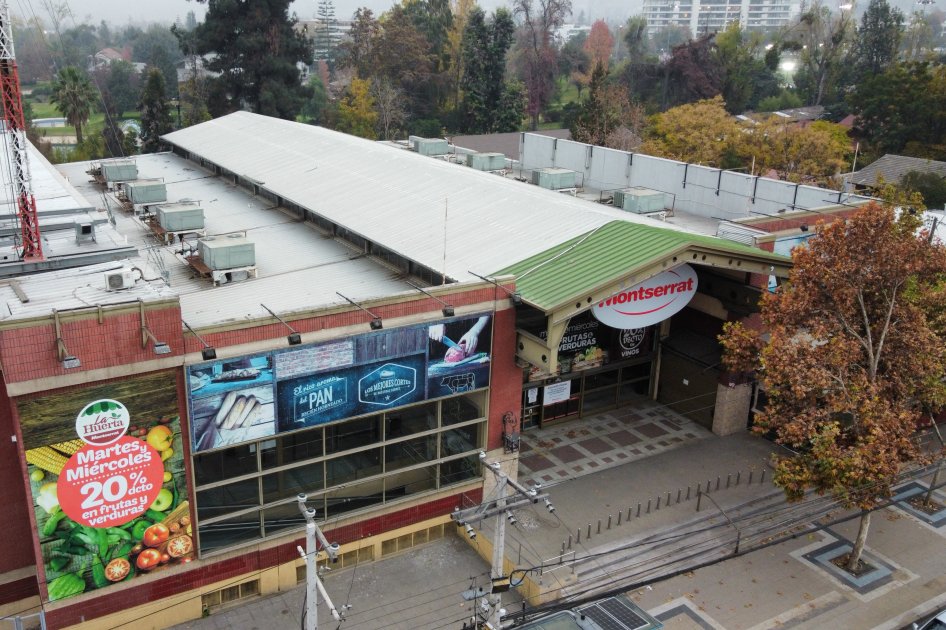 With no products on its shelves and few customers in the aisles, there were weekends when Montserrat supermarkets closed their less “successful” stores to save money. For this reason, the managers of the stores were leaving them in the dark and the remaining workers did side tasks in order to keep busy and “help” the company. Several took advantage of the Employment Protection Law or dismissed themselves, while the warehouses looked increasingly empty, because the suppliers ordered the minimum. If they dispatched.

In March 2021, the firm had to face an economic and judicial tsunami that led it to announce a few weeks ago the end of its operations after 40 years. It will transfer some of its stores to Walmart, the largest supermarket operator in the country. And the Bada family, owner of the chain, will initiate a total change in strategy: they will say goodbye to retail to concentrate fully on the real estate business. It is already decided.

Currently there are only nine Montserrat stores in operation out of a total of 36 that existed. The plan of its owners is to have all the premises leased to third parties in the next six months: the group hired the advice of the real estate consultancy GPS Property, to design and implement the new strategy (see box).

The problems of the “Montse”, as their most loyal clientele called them, began in 2019. Already in the middle of that year, the strong competition from the main operators, added to their low level of modernization, began to take the toll on the chain. Sales were down and couldn’t stop the decline. Then came the social outbreak – 11 of its 35 premises were vandalized to varying degrees – and a few months later the pandemic settled with its confinements. That was the final blow.

With very few products to offer or an armed home delivery plan, the situation became untenable. This is explained by the multiple lawsuits against the firm that accumulate in various courts of the country. In strokes, in them is part of the story of the last days of the chain that today faces more than 100 lawsuits for non-payments, which would add up to more than $ 4,000 million. That, not counting the social security debts claimed by more than 400 workers, so far.

The former deputy and former CEO of the defunct supermarket chain Ergas, Carlos Hidalgo, who was signed by the Badas themselves as the group’s executive director, had to put aside the plan that he initially brought. A plan to refloat the company and dedicate itself to face, first, the delicate situation and. now, the departure of the family holding company from the retail business.

Sources consulted by DF MAS assured that in the last directory of the group it was confirmed the decision to terminate the Montserrat operation, leaving its responsibilities in all kinds healthy. In parallel, they are talking with their creditors to reach payment agreements. Today several audits are being carried out on purchases and sales, since the chain maintains that in some cases they are being overcharged and for products that never arrived.

Former workers acknowledge that in recent months the seriousness of the situation affected the entire operation.

In January 2020, the firm Alimentos del Sur SpA (ASSA) -of Argentine Julio Lorenzo- was the first supplier to request the bankruptcy of the Montserrat. Since then six other firms have followed that path. The first was owed $ 1,688 million. And although an agreement was reached, the door was already open.

The companies Eurocapital (factoring), Factoring y Finanzas SA, Aseo Industrial High Clean, CV Trading, Efcon SPA and Embotelladora Dos Banderas also requested the forced liquidation. In almost all of them there was a beginning of agreement and they withdrew the request, because the Badas also decided that they will seek to avoid reorganization, clarify those familiar with the process.

With whom until now there is no agreement is with Dos Banderas, the bottling company of the Argentine-born businessman Alberto Scuncio, who sold him his own brands of drinks. The trans-Andean man became well known last year by becoming the largest supplier of the food boxes distributed by the government and for his business with Venezuela.

Scuncio’s lawsuit for forced liquidation entered the 13th Civil Court of Santiago on April 5. There are 28 invoices for a total value of $ 108.4 million.

In Montserrat, private labels were taking an increasing share, due to the fact that the large bottlers had restricted their shipments. And that was something that happened to almost all of their suppliers. In recent times, large producers such as Nestlé, Ideal and Watt’s only sent them the minimum to continue having a presence. Each of these companies operates in various categories of products, so the emptying of the gondolas was becoming more and more progressive. And dramatic.

Today, according to the judicial files, Nestlé and Ideal are two other companies that claim defaults and the company’s business reports (DICOM) show over $ 4.2 billion overdue debts and more than 500 protested checks. “The Bada Group has resources, it is made up of a real estate company, Industrias Campo Lindo and the supermarket,” Carlos Hidalgo explained last year, trying to reassure the market. And that same phrase has been repeated lately with more force.

Their lawyers are complaining

Until last year, Montserrat was represented by the Pérez Donoso law firm, in addition to the advice of Nicolás Lama de Lama Abogados. But On November 20, 2020, the story changed. That day, the Pérez Donoso study went to the other side and sued the firm and the company Inmobiliaria Santander SA (owner of the Montserrat premises). The libel assures that they owe them more than $ 162 million, since their consultancies also contemplated these and two other companies of the Bada: Inversiones Fontibre and Campo Lindo.

The Badas have rejected the charges. They only recognize a debt of $ 11.4 million for defending supermarkets. Given the argument of his former lawyers that “his economic powers presage that his assets may not be sufficient to guarantee the amount of the claim”, On March 15, they responded that the firm “is fully capable of dealing with said sum, should it be convicted.”

Less than a week later, on March 20, Montserrat publicly announced that they were working on a plan to close and lease some of the chain’s stores, in addition to the withdrawal of workers.

In their writings, Pérez Donoso’s lawyers say that the relationship between both parties emerged 5 years ago and that in 2020, they accepted “In order to help our client in the serious process he was going through” reduce his fees from 120 UF per month to only 70 UF. They claim that a few months later, in August of that year, the Badas asked them to end the counseling. According to the study, they took charge of 135 labor lawsuits, 61 criminal and 37 civil.

Until press time, the case was still in court. Meanwhile, the agreement with Walmart is already moving forward to operate the establishments located in Calera de Tango and Colina. The other “Montse” will be traded before the end of the year. These are his last days.