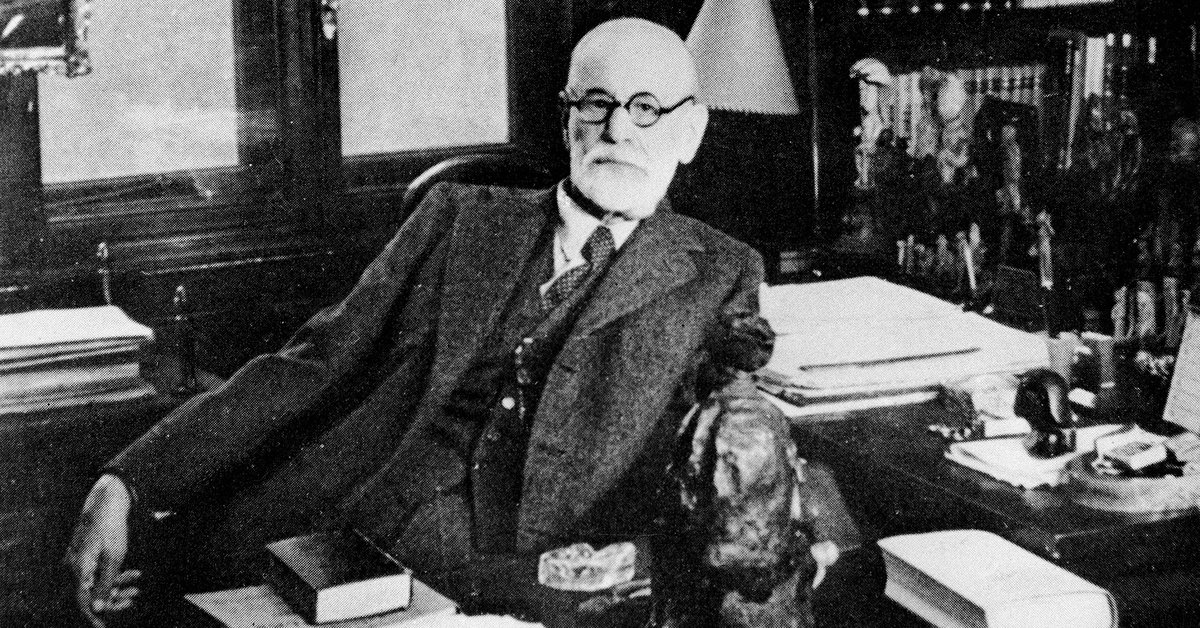 He did not deprive himself of any irony. Eaten by cancer, aware that these were his last days, away from the city and country in which he had lived for seventy-nine years, Sigmund Freud approached his death with extraordinary lucidity and with a hint of bitter mockery towards Nazism, which had persecuted him, had made him a mortal enemy of the Reich until they expelled him from Austria.

Freud died on September 23, 1939Eighty-two years ago, exhausted by laryngeal cancer, acute septic symptoms and when his doctor, Max Schur, honored a pact between them: apply morphine when the inevitable came. By then, it had been twenty days since Adolf Hitler he had set out to conquer the world, he had unleashed the Second World War to enthrone a Reich that was to last a thousand years and lasted six.

Before the war, Freud had gone into exile in bitter humor. After the annexation of Austria by the Nazis, Freud was one of the main enemies, and opponents, of Hitler. A Jew and founder of the psychoanalytic school, his figure, known to the world, made his assassination unpopular: the Reich pressed to expel him. His books were burned in the huge public bonfires in which the intelligentsia, art and science of that Germany, a beacon of culture in Europe, burned.

Sigmund Freud and Martha Bernays in Berlin, 1885, when they were still dating (Bettmann / Getty Images)

Freud had no intention of leaving, so the Nazis let him know the danger to his family. In a raid on the building where the psychoanalytic publishing house operated, which was also his home, the Nazis took his son Martin, they interrogated him for a long day and released him. A week later, they did the same with their daughter Anna, imprisoned at the headquarters of the Viennese Gestapo. That convinced Freud of the need to leave.

His four sisters, who stayed in Vienna, died years later in the Nazi death camps. “Anna in the Gestapo”, Freud wrote in his diary as a synthesis of what was perhaps the blackest day of his life.

On June 4, 1938, together with his wife Martha Bernays and their daughter, Freud began his journey into exile, sick, deteriorated, old and fragile. Earlier, he had to sign a document drawn up by the Nazis that read: “I, Professor Freud, hereby confirm that after the Anschluss (annexation) of Austria to the Reich I have been treated by the German authorities, and particularly by the Gestapo, with all the respect and consideration due to my scientific reputation; that I have been able to live and work in complete freedom, as well as continue my activities in all the ways I wanted; that I received full support from all those who intervened in this regard, and that I have not the slightest cause for complaint ”. Nothing was true. Freud then asked if he could add a phrase to the text, and wrote: “I can wholeheartedly recommend the Gestapo to anyone.”

Freud with his family, including his daughter Anna who later accompanied him into exile (Library of Congress / Corbis / VCG via Getty Images)

At three in the morning on June 5 Freud and his family crossed the border into Paris aboard the Orient Express. They arrived at Dover by ferry, with the illustrious patient’s health more or less complete, better than he himself expected, previous doses of trinitrine and strychnine to overcome the effort.

Freud had a dream on that night trip between Paris and Dover. He told his son days later. He dreamed that he was landing at Pavensey, the port where Guillermo the Conqueror had landed in 1066. Interpretations aside, Freud was delighted with London. Upon his arrival, he passed Buckingham Palace, Burlington House, Piccadilly Circus, and Regent Street, all places he fervently identified. He settled at 39 Elsworthy Road, a house with a garden that was his transitional home. Freud walked through the garden of the house and launched his second irony in three days: “I am almost tempted to shout Heil Hitler.”

Sigmund Freud with his daughter Anna and Dr. Ernest Jones at the door of the new house of the father of psychoanalysis on Elsworthy Road, Hempstead (Bettmann)

He lived the year and two months ahead of him with some intensity. And some curiosities: he received visits, among which those of H.G. Wells, the Jewish historian Joseph Yahuda, the writer Stefan Zweig and especially Freud warmly received Jaim Weizmann, the famous Zionist leader for whom he had particular affection.

The funny thing: on July 19, Stefan Zweig went to visit him with a character who was already quite unique at that time: Salvador Dali that, immediately, made a sketch of Freud and claimed that his skull reminded him of the image of a snail. Freud later wrote to Zweig: “I really must thank you for bringing the visitor from yesterday. Because until now I had been inclined to consider the surrealists, who apparently have adopted me as their patron saint, as absolute madmen, let’s say ninety-five percent, as is the case with alcohol.. This young Spaniard, with his candid fanatical eyes and his undeniable technical mastery, has managed to change my assessment. There is no doubt that it would be very interesting to investigate analytically how he managed to screw up that painting ”.

By the end of the year, Freud had recovered enough to care for four patients, with very few interruptions, until the evil stopped him, near his death. Cancer stalked him with maddening slowness, and in March 1939 he became inaccessible to surgeons. who had already been operated on thirty-three times, had part of his jaw removed and lived the rest of his days with a prosthesis: Freud thus paid tribute to his addiction to tobaccoHe was a chain smoker since he was 20 years old, never heeded medical advice and smoked until shortly before his death.

In March 1939, already almost dejected by the evil, he sent a greeting to the Psychoanalytic Society that he had founded and that it was celebrating a new anniversary. He sent a letter to his disciple and friend, Ernest Jones, who also wrote a fantastic biography that served as the source for these lines. Freud lamented that, even close to the Society, he could not be in the celebration: “(…) But, as we are powerless in the face of fate, we have to accept what it has in store for us. So that. I must be content to send the society that celebrates its anniversary –and from afar, being so close– a cordial greeting and the warmest wishes (…) “

Reluctant to take medication, “I prefer to think in the midst of torment than not being in a position to think clearly”He accepted as the only painkiller, and from time to time, an aspirin. In August 1939 it collapsed. His wounds gave off an unpleasant smell and his weakness grew: he could no longer walk in the garden and spent hours looking at his favorite flowers through the window of his study, which was his sick refuge.

Jones recalls: “The cancer made its way through the cheek to the outer surface and the septic state increased. The exhaustion was extreme and the suffering indescribable. “

On September 19 four days before the end, Jones was summoned to say goodbye to his teacher. “I called him by his name while he was dozing. He opened his eyes, recognized me, and raised his hand to then drop it with a highly expressive gesture in which a world of meanings was enclosed: greetings, good wishes, resignation. There was no need to change a word.

On the 21st, Freud told his doctor: “Dear Schur, you will remember our first conversation. You promised me that you would help me when I could take no more. Now it’s just torture and it doesn’t make any sense anymore. ” The doctor squeezed her hand and promised to give her the necessary sedatives. Freud thanked her and said: “Tell Anna about our conversation.” Jones says that there was neither emotion nor self-pity in that unforgettable scene: “Just reality.”

Schur applied a dose of morphine, the patient breathed a short sigh of relief and sank into a deep sleep. He died shortly before midnight on the 23rd. He was cremated in Golders Green Cemetery on the morning of the 26th. His ashes were deposited in a Greek amphora, one of his favorite objects. There they rest today with the remains of his wife, Martha Bernays.

Sigmund Freud, the dark secrets of his intimate life: chaste with his wife, sex with his sister-in-law and cocaine user
Lacan, the psychiatrist fascinated with surrealism who turned psychoanalysis upside down