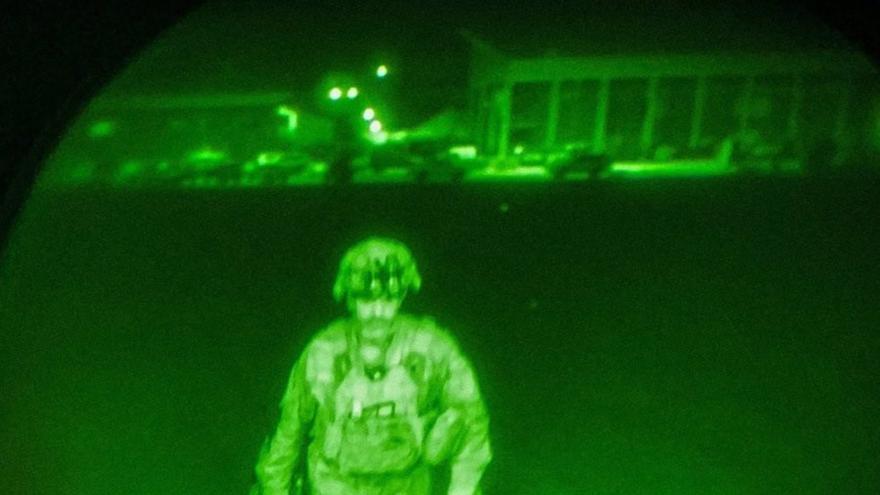 “The last military of USA leave Afghanistan “. With this phrase and the image of Major General Chris Donahue, commander of the 82nd Airborne Division of the Armed Forces, the North American country has ended 20 years of military mission.

The last military plane, a C-17, departed from Hamid Karzai International Airport just before the deadline set by US President Joe Biden. He took off on Monday at 11:59 p.m. (local time) with several senior officials, including Ambassador Ross Wilson.

However, the United States Central Command has chosen as the final image that of Donahue, who appears on the tarmac just before getting on board, in a photograph captured with night vision.

His division has also shared this same image as a symbol of the end of a mission that he acknowledges “incredibly tough and under pressure”, with “threats active all the time”. “Our troops have shown courage, discipline and empathy,” he highlighted on Twitter.

The United States Government still maintains open diplomatic channels to try to continue to remove people from Afghanistan after the Taliban seize power. Since August 14, US forces have evacuated 79,000 civilians, including 6,000 Americans and more than 73,000 Afghans and other nationalities, according to Pentagon data.