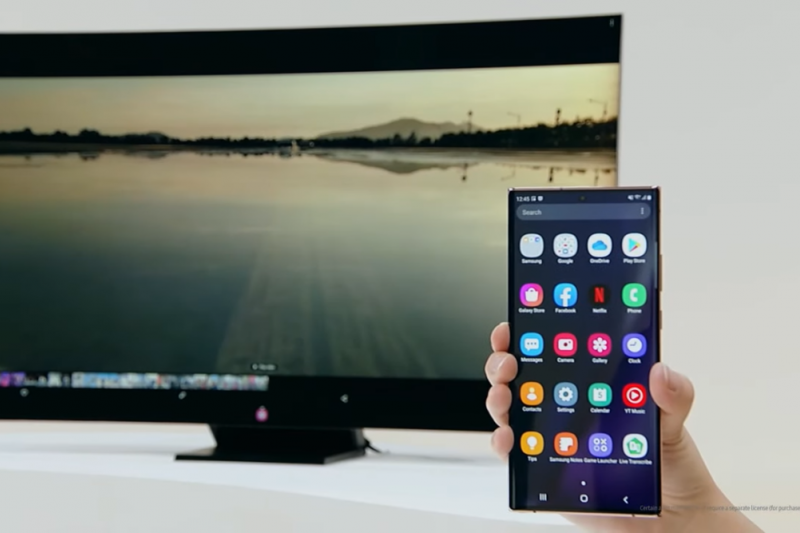 For the first time, through the Galaxy Note20 Series, Samsung DeX is able to integrate smartphone Samsung to a bigger screen wirelessly.

“The Galaxy Note20 Series is specially designed to provide Power To Work and Power To Play in support of various user productivity and their needs to enjoy cutting edge entertainment from a smartphone, “said the Head of Product, IT, & Mobile Samsung Electronics Indonesia, Denny Galant, in a written statement on Sunday.

Samsung DeX makes it easier for users to connect their device to a larger screen.

Users can connect the Galaxy Note20 Series to Samsung Smart TVs or other Smart TV brands that support Miracast technology.

“The variety of possibilities presented by the Galaxy Note20 Series can give users a special pleasure because it is a unique experience in maximizing productivity through such integration between devices. seamless, “Added Denny.

The user is given the ability to enjoy two options. First, the user can continue the display on the Galaxy Note20 Series to the connected Smart TV.

Users can run multitasking by watching movies or displaying photos on Smart TV while texting or surfing using the Galaxy Note20 Series simultaneously without disturbing the display on each device.

The second option, users can use the Galaxy Note20 Series as touchpad nor keyboard.

Users can enjoy more convenience in navigating the display on the Smart TV by using the Galaxy Note20 Series as touchpad, either operating with your finger or the S Pen, as well as typing which will appear on the connected Smart TV screen.

The functions carried look the same as screen mirroringHowever, Samsung said that the Smart View feature on the Samsung DeX brings more capabilities.

With Samsung DeX, users can open various applications to adjust the display size of the opened application. It also allows users to make presentations.

Also read: Samsung Galaxy Tab S7 vs iPad Pro 2020, which one to choose?

Also read: Samsung’s “Lite” version of the foldable screen phone is gearing up for India

Also read: Global cell phone sales have fallen due to the pandemic, Samsung has been hit hardest