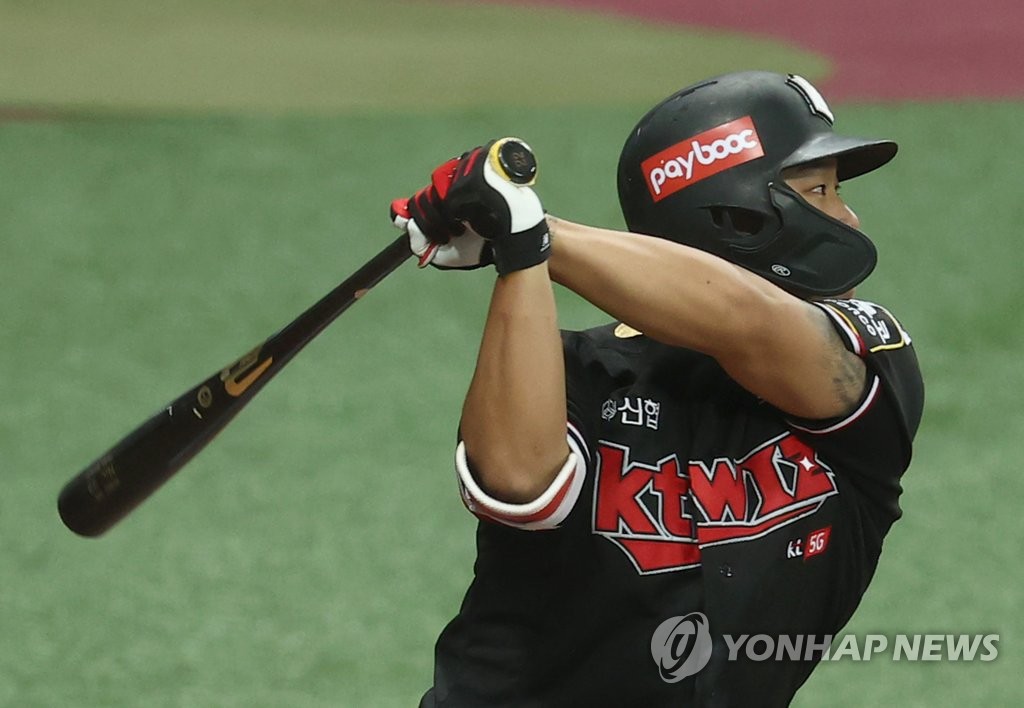 In the away match against Shinhan Bank 2021 SOL KBO League KIA held at Kia Champions Field in Gwangju on the 21st, kt won 11-5 with Kang Baek-ho, who wielded a fierce blow after a long time.

With this win, kt secured their first place by recording three straight wins.

At the beginning of the game, I was nervous. Starting pitcher William Cuevas gave up a three-run home run to Choi Hyung-woo in the first inning and gave up four runs.

However, kt’s potential was strong. In the second inning, he scored four points and turned the game around.

At first and second bases, which was made by Cheon Seong-ho and Shin Bon-gi’s consecutive hits, Cho Yong-ho blasted a double in the right middle against the opponent starting Kim Hyeon-soo.

After filling all bases with Hwang Jae-gyun’s walk, Baek-ho Kang hit a clean double in the left middle, calling all three runners home.

Seong-ho Cheon recorded a timely double from right-middle against Jun-pyo Park, who changed pitcher Park Jun-pyo, at first base made by Bae Jeong-dae’s walk.

Cuevas, who received help from the batting line, took charge of the mound without conceding after that, and kt scored two points in the 7th inning.