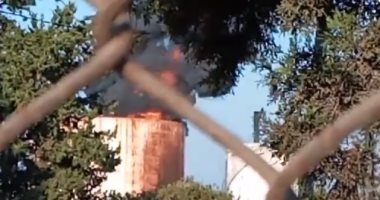 The directorate confirmed that the civil defense personnel were able to put out the fire that broke out in a tank of gasoline inside the oil facilities in Al-Zahrani, where the number of used firefighting vehicles reached 25, which contributed to the rapid control of the fire and prevented the fire from spreading to the neighboring tanks.

The Director General of Civil Defense, Brigadier Raymond Khattar, congratulated the civil defense personnel for their tremendous efforts to be able to completely control the fire without causing any injuries, within a record time thanks to the elements’ enthusiasm and their keenness to prevent the fire from spreading, stressing the continuation of operations until the area cools. The fire completely and the absence of any possibility of any emergency.

The Lebanese Energy Minister, Walid Fayyad, had announced that the fire that broke out today in the fuel tank in the Zahrani facilities in southern Lebanon belongs to the Lebanese army and contains quantities of gasoline.