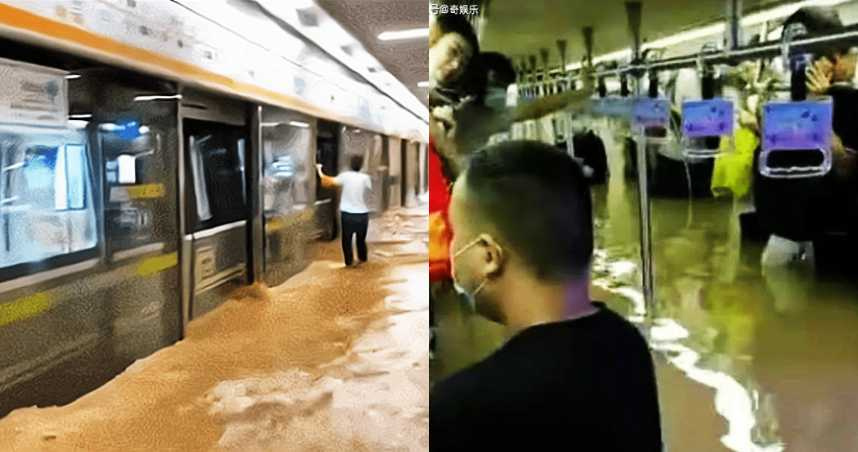 When the Zhengzhou subway floods invaded, a woman continued to encourage and direct other passengers. Unexpectedly, after the other passengers were rescued, the woman still died unfortunately. (Photo/Retrieved from Netease News)

Serious floods broke out in Zhengzhou, Henan, China. At that time, it was reported that the local subway line 5 of Zhengzhou was invaded by floods, and many passengers were soaked in the water. It was even reported that a passenger died as a result. The Zhengzhou Municipal Government announced the list of subway victims on the 23rd, and at the same time held a symposium with the Health Commission, the subway company and the families of the victims to understand the situation at that time. At the same time, some rescued people said that there was a woman surnamed Zheng in the subway who continued to encourage people nearby who were also affected by the disaster, and even ordered the people to help themselves. However, they did not expect the rest of the people to be rescued, but Zheng’s daughter still died unfortunately.

According to a report from Netease News, Zhengzhou City had a rare heavy rain on the 20th. Serious water accumulation occurred in the Wulongkou parking lot of Zhengzhou Metro Line 5 and its surrounding area. At around 6 o’clock that evening, the water broke down the retaining wall and entered the subway. As a result, a train on Line 5 was forced to stop running between Shakou Road Station and Beach Temple Station. Later, 500 trapped people were rescued, but 12 passengers died after being rescued.

According to a report by Sohu News, a survivor said during an interview that many passengers were facing the pressure of death when the flood flooded into the subway and all passengers were soaked in the water. Some people even kept knocking on the windows of the car. Or take out the mobile phone to confess the last words to the family. But the 32-year-old Sun Congshan did not. Instead, he calmly comforted the people around him, asked everyone to calm down, and encouraged everyone, “We will definitely be rescued.” He even said to prevent people knocking on the car window, saying that other people would look after their bodies. Unwell passengers.

At that time, Sun Congshan’s colleague also assisted Sun Congshan in encouraging and directing the other trapped passengers. However, as the water level in the compartment is getting higher and the oxygen is getting thinner, everyone gradually fell into a coma. Until the rescuers arrived, they first evacuated the accumulated water outside the compartment through a water pump, and then broke the compartment glass for rescue. At this time, everyone All of them were in a coma and collapsed state due to lack of oxygen, and no one cared about Sun Congshan’s situation. It was only afterwards that Sun Congshan had unfortunately been killed.

Sun Congshan’s husband, He Zhilong, said that at around six o’clock that evening, he had received a message from Sun Congshan that he was planning to take the subway back home. At that time, He Zhilong asked Sun Congshan to get off the car immediately, and said that there was too much water near his house and he asked him to spend the night in a nearby hotel. Sun Congshan still responded to He Zhilong’s message at the beginning, but he did not reply to any message after that, and He Zhilong did not respond to the phone call. Afterwards, He Zhilong noticed that Sun Congshan had posted a video in the group at home, indicating that there was water in the car.