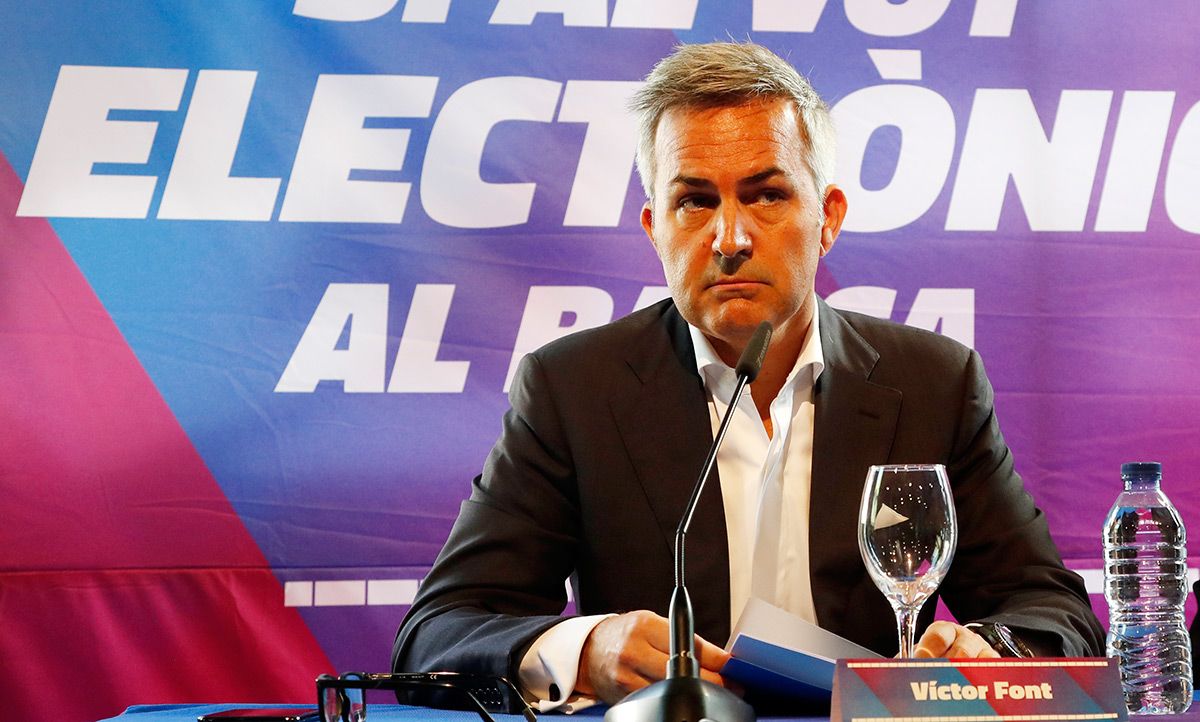 Victor Font, candidate for the elections to the presidency of FC Barcelona which will be held on May 7, wants to strengthen the squad of the culé team conscientiously, taking advantage of the market opportunities offered by players who terminate a contract with their respective clubs. According to the information published by the newspaper ‘Marca’, it has eight names on its list.

Víctor Font was the only candidate in favor of pay a transfer to Manchester City so that Eric García This same winter market arrives, something that seems not to happen. If he wins the elections, the Catalan defender will become his first signing, arriving for free.

The signing of Sergio Aguero it would be useful to FC Barcelona of Victor Font for two reasons: the first, because it would be the ‘9’ TOP that the team needs and that to this day it does not have since the departure of Luis Suarez; the second, because his arrival would be an argument to convince Leo messi to renew.

Perhaps the most complicated signing on the list for Victor Font, since many are the big clubs that love him and some sectors of the press assure that he already has an agreement with him Real Madrid. Despite this, the candidate would try to convince the defense Bavaria de Munich to join the project.

Jordi Alba needs competition from guarantees and Victor Font I would have thought of Juan Bernat, who may not be renewing for the Paris Saint Germain. He is a proven player, with experience in the elite and who would be a great alternative if the sale of Junior Firpo.

Georginio Wijnaldum ends contract with him Liverpool and Ronald Koeman He already requested his transfer after his arrival at Camp Nou. Victor Font I would try to bring in the versatile Dutch midfielder whatever happens with the current Culé coach, as he would give a different profile to the team.

Another of the forwards who represent a great market opportunity is Memphis Depay, which ends the contract with him Lyon olympic. He is versatile like no one, since he can play in any of the attacking positions. As in the case of Georginio Wijnaldum, Victor Font I would try to bring it whatever happens with Ronald Koeman, who was the one who requested his signing.

Hakan Calhanoglu is a highly talented midfielder who ends his contract with him AC Milan and that he would be willing to make the leap. His technical quality in hitting is one of his best attributes, something that Victor Font I would value in its possible incorporation.

The goalkeeper of Granada would be one of the alternatives of Victor Font to cover the most possible march of Neto Murara in summer. His good performances with the Nasrid team guarantee his talent to become the substitute for Marc-André ter Stegen.