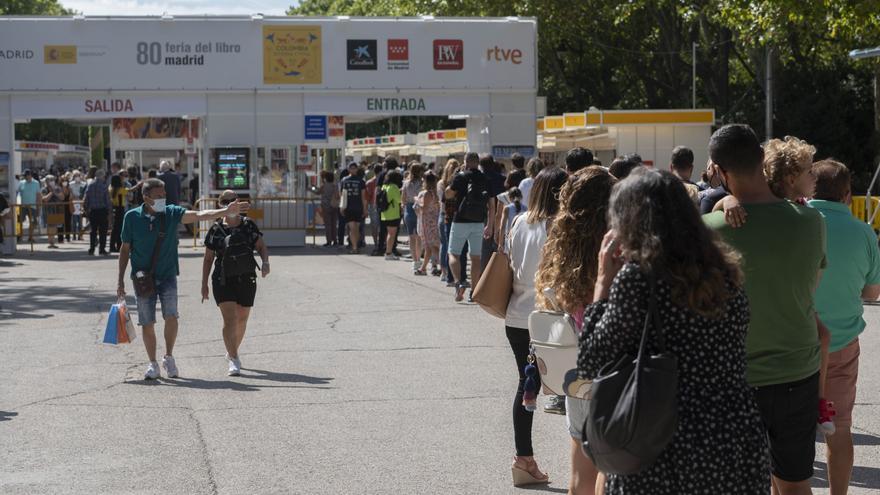 Row of visitors at the Madrid Book Fair.
EP

The Madrid Book Fair has closed its 2021 edition this Sunday, held for the first time in September by Covid-19, with some 384,000 visitors and sales of more than 9.1 million euros, which is 10% less than the 2019 appointment.

This has been detailed by its director, Manuel Gil, to the media, to which he has transferred that It has been “a complex fair” but the “measured magnitudes” are “very good” with 1,700 authors and 4,500 signatures, of which 40% have been authors.

“You have to understand that we are in a different context to 2019 and that within the framework of the recovery of the sector, it is essentially good data, “he defended.

One of the novelties of this edition, as a result of the pandemic, was a central island that brought together publishers with small catalogs that “have billed less.”

This solution was proposed to “not exclude people” under the “extreme measures” that conditioned this fair, Gil remarked, who added that the “big publishers” have done “great”. Among the data provided are the visits accumulated by the web, more than 1 million.

“It was necessary to relocate and admit all the registrations, so so many people had to be put in such a small space,” defended the islet the director, who has clarified that in the next appointment – from May 27 to June 14 – if the health crisis has been overcome, the fair will be held again as it has always been done and will be dispensed with “heterodox solution but necessary to include them all.”

Another of the elements that has marked this appointment has been the capacity, marked at 3,900 people, which has facilitated a “rapid turnover” and has allowed the capacity to be “continuously renewed” and that they pass through this space “from 20,000 to 22,000 people” a day. “Safety was above all and pure commercial elements. We are sorry that they had to wait an hour, but we are in liquid times,” he said.

“We are satisfied with what the Madrid Book Fair has represented in a complex moment and context of a pandemic, it has worked rationally well,” he concluded.