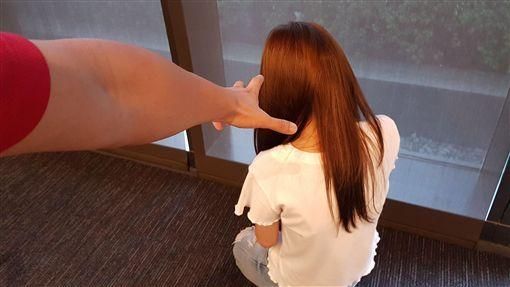 What would you do if you were sexually harassed at work? Some netizens posted on PTT today (11), saying that male supervisors would use homophonic words such as “How much to dig” and “Do you like watching Yinggu?” in the company group. Some female colleagues reacted uncomfortable, but others Colleagues thought it was a female colleague who thought too much, so the original PO asked curiously whether using this homophonic sound was considered sexual harassment? After the post was exposed, it caused heated discussions among netizens.

Some netizens posted on PTT today, saying that male supervisors like to use some strange homonyms, for example, in the company group in the morning, they use “A few digs for you (Hello in Japanese)” or “You guys like to watch Yinggu (English). drama)?” etc. Some female colleagues reacted uncomfortable, but supervisors and other dog-legged colleagues responded, “Female colleagues think too much”, “I don’t mean that, you are too sensitive”, “Accidentally typed a typo”.

▲ The original PO asked curiously, is “how much you dig” considered sexual harassment? (Picture / Retrieved from PTT)

The original PO was therefore curious to ask, if this homonym is used, will it constitute sexual harassment? After the post was exposed, it caused heated discussions among netizens. Many people pointed out that as long as they were uncomfortable, they would have doubts about sexual harassment. They suggested that colleagues of the original PO could send a sex peace meeting or file a lawsuit, “Send a sex peace meeting”, “Absolutely. It’s sexual harassment, just cut off the text of the male supervisor and send it to the company’s gender equality supervisor and the general manager, and all the conversations will be found out to be you”, “These words themselves are fine, but you can tell him that these words make you feel uncomfortable, It would be considered sexual harassment if he continued.”