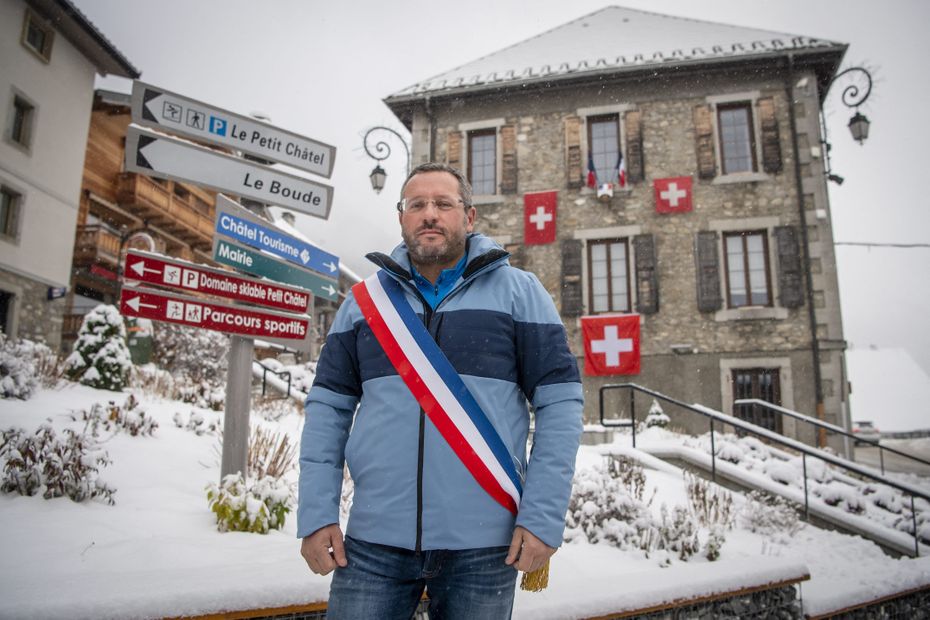 The mayor of Châtel, in Haute-Savoie, posted a cover of Michel Sardou on Facebook. With his “Song for Matignon”, the first city councilor of the ski resort protests against the closure of the ski lifts during the end of year celebrations.

“Everywhere else, you are quiet. The virus only likes skiing. Jean Castex does not like Switzerland. If you go there, you will be punished”.

The message is clear: Nicolas Rubin (DVD) disagrees with the government, which has decided to close the ski lifts until the end of the year.

After taking part in protests last week to demand the opening of the ski season, the elected official decided to use his voice and his talents as a lyricist to protest.

Saturday, December 5, he posted a video on his Facebook page, where he reinterprets “Le France” by Michel Sardou. “Above all, do not divide France because of your flaws in the truth. This France which is ours, you are hurting it“he sings against the background of piano and drums.”All these jobs, this energy. I truly believe that fairness forgot to put on its skis. Nothing makes sense since Paris. This is the origin of our insomnia. When will a mature decision be made, for morale and for life?“

Contacted by France 3 Alpes, the mayor acknowledges having written the words “quickly between noon and two” for “express the dismay of mountain people and denounce the lack of fairness regarding tourism and gatherings“.

But why did you parody a song to get the message across? “It’s hard to be heard so we have to think outside the box, explains the mayor. I draped the town hall with Swiss flags and it triggered media coverage. With this song, I wanted to refine the message and it made the buzz“.

According to Nicolas Rubin, the video has been viewed more than 85,000 times at the time of this writing, two days after its publication. It was also shared by over 2,700 people.

This is not the first time that Nicolas Rubin has spread a political message by pushing the song. In 2019, in Valence, he sang a song by Pierre Bachelet in front of the President of the Republic, whose title “Le Marionnettiste” left little room for interpretation …

On this subject, the editorial staff recommends

On this subject, the editorial staff recommends