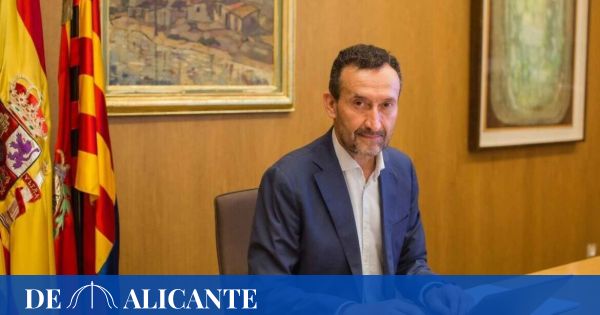 The mayor of Elche, Carlos Gonzalez (PSOE), has shown its support for the decision of the Consell de recover the degree of Medicine at the University of Alicante (UA) and has considered that the decision “neither can nor should harm” the studies that are taught in the Miguel Hernandez University (UMH) of Elche since its creation in 1996.

González has pointed out that as a result of the pandemic there has been a “paradigm shift” y the health system must be “reinforced” through the training of more doctors.

Speaking to journalists, he pointed out the need to train new medical professionals to “satisfy” the “gap” that will be generated in the coming years due to the high number of retirements.

In this sense, he recalled the statements made by the President of the Generalitat, Ximo Puigin which he indicated this week that 52 percent of the doctors in the Valencian public service are over 50 years old and on the 22nd more than 60, hence from 2027 there will be an “avalanche” of retirements.

The mayor has stated that there is sufficient demand to recover the degree of Medicine at the UA, together with that of the UMH, since every year more than 1,000 people are left without studying that university career.

It has also stated that both universities must “coordinate” and work in the same direction. “The decision to implement medicine at the UA cannot and should not harm the UMH”, he added.

For its part, the social council of the UMH has signed point by point the statement issued yesterday by the rector of the university of Elche, Juan José Ruizand the dean of the Faculty of Medicine, Antonio Companin which They rejected this “political” decision by assuring that “it goes against the scientific criteria and professional expressed for years by professional organizations, educational and health entities.

While forgetting that Spain is the second country in the world with the most medical schoolsonly behind South Korea, or that the decision “goes against” public resources, since the maintenance of a Faculty of Medicine can be estimated in about 20 million euros per year and, on the contrary, the increase of 80 students in the UMH would suppose about half a million.

The president of the Social Council of the UMH, Joaquín Pérez, has shown his “surprise and strangeness” for the decision, while concern about the “impact” that it can have in the quality of the practices carried out by the medical students of the province.

One goal but so many misses: did Bamba Dieng prove Sampaoli right on the Feyenoord lawn? – Soccer Video