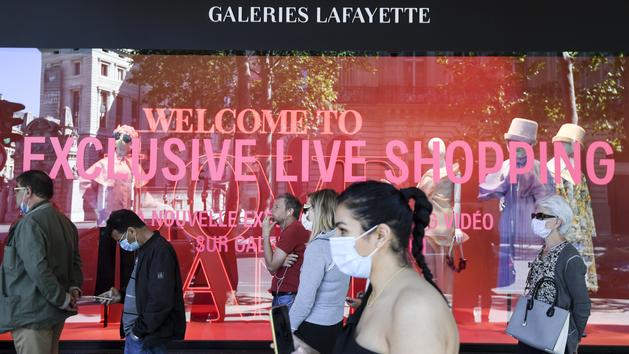 The boss of Medef is angry. Geoffroy Roux de Bézieux understands the sanitary measures but he is opposed to the closure of shops in the long term. “I am very aware of the situation but it is a mistake to close businesses which are in no way responsible for the contamination.“He judges this morning on Europe 1.”We cannot permanently confine and deconfin, otherwise hundreds of thousands of companies will disappear“, Also warns the president of Medef in the columns of Parisian .

SEE ALSO – Geoffroy Roux de Bézieux on the reconfinement: “Closing the shops is a mistake”

The employers’ representative confided to the daily that “what was missing in the president’s speech is to explain to us what will happen after December 1st. I am willing to believe that containment will stop the epidemic and that we will deconfin before the Christmas holidays, but we will reconfigure in March to face the third wave», Deplores Geoffroy Roux de Bézieux.

The measures will be very expensive according to him: “With the closure of shops and restaurants, and” the halo effect “On the rest of the economy, we should lose in November between 50 and 75 billion GDP in November, calculates the boss. This estimate is three times higher than those of the government because Geoffroy Roux de Bézieux fears in particular a large number of bankruptcies among others “among the 330,000 businesses in the retail sector that do most of their activity between November 1 and December 15».

«You have to keep working because that’s what saves lives»

The businesses generate “more than 3 million jobs. There are support measures but this is not enough, especially since purchases are made now», Indicates the union official. The latter thus asks for a solution for “see how we can open these non-essential businesses“. Thus, according to him, “all sectors closed from Thursday evening must have the opportunity, which has not been done seriously so far, to discuss in order to reopen“Within 15 days at the time of the reassessment of the situation announced by Emmanuel Macron. “Let’s find solutions to reopen businesses within 15 days», Defends the boss of the bosses. The latter said to fear if not that “the big winner is Amazon».

He hammers: “Yes I am very worried about what can happen (…) The consequences of confinement are also poverty, isolation and suicides … The consequences are heavy. I understand the measures that are taken but we have to manage to continue working because that’s what saves lives», Launched on Europe 1 this morning.