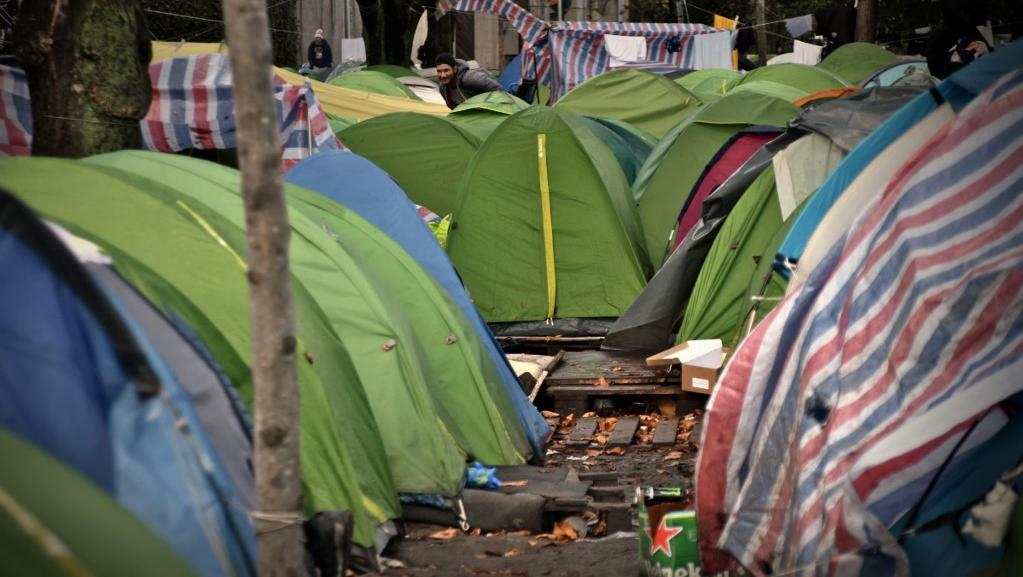 The police began to intervene on Tuesday at 6 am in this camp where 900 to 1,800 people lived.

Several hundred people are to be displaced. A major operation to evacuate the migrant camp at Porte d’Aubervilliers, in the north-east of Paris, started on Tuesday 28 January at 6 a.m. The prefect of police Didier Lallement is on site. Supervised by a large police force, migrants who had pitched tents or set up makeshift huts on the edge of the ring road were transported to buses bound for gymnasiums or reception centers in the Ile-de-France region, in a joint operation by the prefecture of police of Paris and the prefecture of the Ile-de-France region.

Beginning of the operation of evacuation and sheltering of the occupants of the irregularly installed camps in the north of Paris at the Porte d’Aubervilliers (# Paris19). pic.twitter.com/APi2vMSSTD

“All migrants who wish to do so are offered a housing solution”, ensures on Twitter the prefect of Ile-de-France. Tuesday, shortly before 6 am, the police prefecture had made public “a decree evacuating camps installed irregularly in the sector of Porte d’Aubervilliers”.

“The situation must now calm down in this district, which must be able to return to normal life but also for the refugees”, said Anne Hidago, socialist mayor of Paris, on the spot. “We have launched a project on the Porte de la Chapelle so that these areas in north-eastern Paris are not condemned to be permanent campsites”added the elected woman who is running for a second term.

The police headquarters intends to prevent the resettlement of a camp in the days, weeks or months to come. To achieve this, she mentioned the establishment of“a dynamic and permanent monitoring device”, without further details.

This dismantling comes two months after the dismantling of the camp near Porte de la Chapelle, when 1,600 migrants were evacuated on November 7. Interior Minister Christophe Castaner had promised that all of these camps in the northeast of Paris would be emptied before the end of 2019.