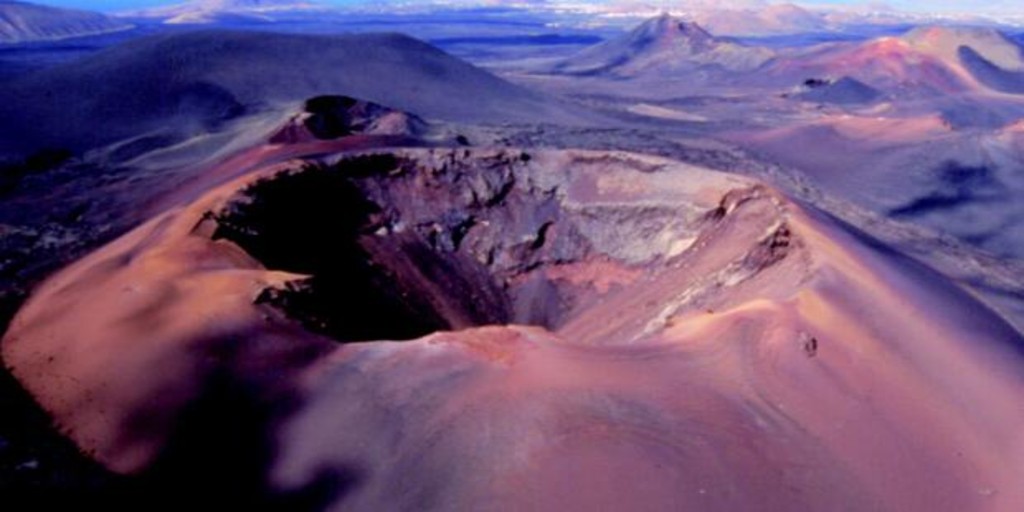 On September 1, 1730, the mouths of the Timanfaya, in Lanzarote, began to expel lava. That day, the neighbors did not even think that this phenomenon of nature that threatened them was going to last no less than six years, bury up to eleven municipalities, raise mountains where there were none before and create a kilometer line of fissures that devastated almost half of the Canary Island.

Most of its inhabitants fled from Lanzarote. They were convinced that life had ended there for them as a result of the volcano. They lost all hope. «The fire ran through the places of Tingafa, Mancha Blanca, Maretas, Santa Catalina, etc., destroying them all and covering with its sands, lava, ashes and gravel those of Asomada, Iñaguadén, Gerias, Macintafe, San Andrés … those explosions were so loud that they could be heard in Tenerife, despite being 40 leagues from the island “, explained in those years the famous Canarian historian
José Viera and Clavijo.

Lanzarote had at that time two thousand people, 25% of whom resided in the villages that suffered the most from the lava tongues. These municipalities were the most important from the economic point of view and the wealthiest entrepreneurs and farmers lived in them, since their environment consisted of the most fertile lands. The consequences were dire for the island. There is no news that it has experienced a similar phenomenon in its history, since it caused a restructuring of the territory, its social hierarchy and its production model. Everything changed.

However, the brave few who dared to resist in Lanzarote had a great reward. Many spoke of a miracle according to the beliefs of the time, since the areas covered by volcanic sand and the finest ash, as is now the case with the Cumbre Vieja volcano, on La Palma, became more fertile and began to grow. plants. This apparently stems from the ability to absorb and retain moisture in this material.

“The hardworking peasants from Conejeros knew how to make good use of the initial cataclysm, obtaining new and more profitable crops for the island’s agriculture,” said the aforementioned Canarian historian.

The most important was the cultivation of the vine, which promoted the rich area of ​​La Geria, in the center of the island. This is how the characteristic wine of the area was born, which is still produced and is one of the engines of Lanzarote. To obtain it, the peasants had to separate the volcanic sand until they reached the old soil, sow it, cover it with pyroclasts and protect it with circular walls, so that the sand would filter the dew of the night and prevent the haze from drying out the plants.

The agriculture of Lanzarote stopped depending on the cereal and, for example, began to export to different parts of the world the plant from which soda was extracted for the production of soaps, which is known as barilla. Fishing also improved as lava penetrated the sea and transformed the island’s coastline especially rich in marine resources. And it gave such a novel and extraordinary landscape that it ended up becoming a great tourist attraction. In fact, the Timanfaya National Park, with 25 active volcanoes, is the most visited in Spain with almost two million entries a year. It can be said, therefore, that the island’s economy received one of the most important shocks in its history thanks to the eruption of 1730 … after the initial catastrophe.