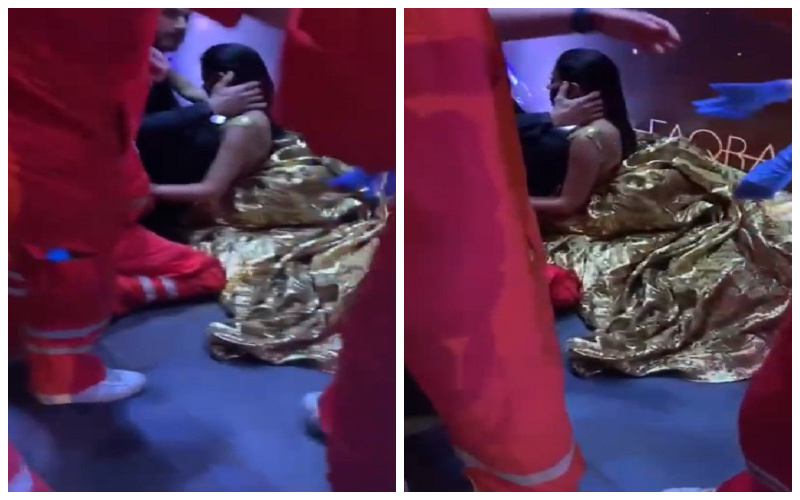 And a video clip circulating on social media platforms, including “Instagram”, showed that “Riyad” lost consciousness and her husband and a number of attendees tried to help her and transfer her to the ambulance, where the Lebanese Red Cross came to rescue her.

One of the Iraqi artist’s friends revealed that the reason for her fall was extreme fatigue, lack of sleep and lack of eating, because she arrived from the airport to the party immediately, confirming that she was in a better condition.

It is noteworthy that Rahma Riyad had announced her engagement to Iraqi-American actor Alexander Aloum last May, and posted on her page on the “Instagram” website, a picture of her with her fiancé, and wrote “Barcoli”.