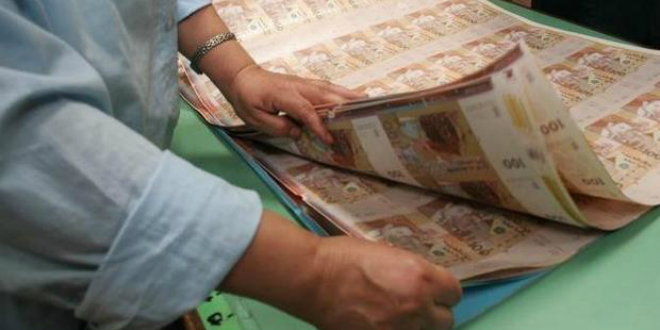 The monetary aggregate M3, which represents the money supply, recorded an annual growth of 7.3% last October, after 7.6% a month earlier, according to Bank Al-Maghrib (BAM).

This trend covers a slowdown to 9.8% after 10.4% of the increase in sight deposits with banks, an accentuation of the fall in term accounts from 11.4% to 12% and an acceleration in growth of currency in circulation from 21.2% to 22.6%, explains BAM in its note on its key indicators of monetary statistics for October 2020.

As a counterpart, official reserve assets increased by 22.5% after 27.5% and net claims on the Central Administration by 18.7% after 23.7%, notes the same source.

On a month-to-month basis, the M3 aggregate fell 0.2% to 1,442.2 billion dirhams (billion dirhams), mainly reflecting the 0.6% decline in bank money. In contrast, currency in circulation increased by 0.7%, time deposits by 0.4% and savings accounts by 0.3%. This change is mainly attributable to the drop in official reserve assets of 4.5%, following the repayment of the international bond loan.

See Also:  Could Nutrien Ltd. (TSE: NTR) Got what it takes to be another dividend aristocrat?