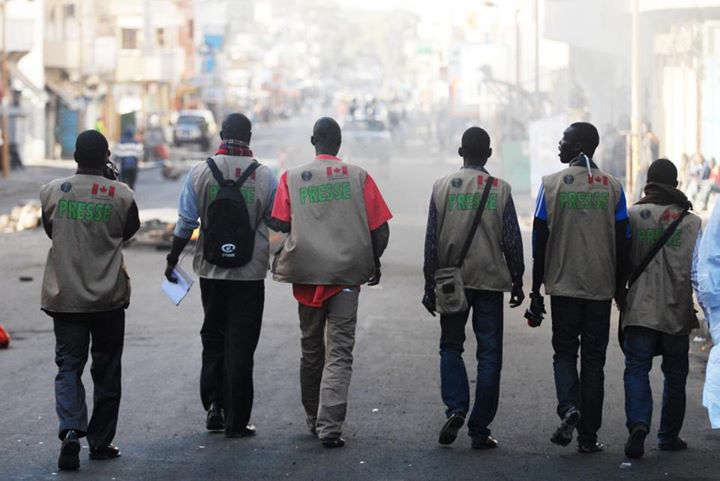 Senegal is celebrating this May 3, along with all the countries of the world, the international press freedom day. This is an opportunity for Senegalese media players, gathered within the Coordination of Press Associations (CAP), to take stock of press freedom in Senegal..

Unfortunately, many attacks on press freedom have taken place in Senegal recently, especially in March 2021, during the events of the Ousmane affair. Sonko – Adji Sarr. In a few days, threats, attacks, exacerbated violence and attacks against journalists, technicians and press houses have been linked and presented themselves inor different forms.

The Prefect of Dakar gave the order to the forces of defense and security to instruct the journalists and media technicians, who were covering the procession of deputy Ousmane Sonko, on his way to respond to a summons from the judge d’instruction. This act of physical violence, ordered by an administrative authority against journalists and media technicians, is a serious attack on press freedom, by trying to prevent journalists from doing their job.

Likewise, the press was banned from entering the National Assembly for the coverage of the parliamentary session on the lifting of the immunity of deputy Ousmane. Sonko. This is also a flagrant violation of freedom of the press, when the debates of national representation take place without the knowledge of the citizens they are supposed to represent.

The height of press freedom violations was reached with the illegal decision of the CNRA to cut the signal of private Sen-TV and Walf-TV, whilee the procedure laid down in this matter has not been followed. Laudiovisual regulatory body violated the texts which govern it, which frame and organize the exercise of the profession of journalism in Senegal.

This terrible month of March for the freedom of the press also saw threats made against journalists, destruction of materials of women and men of the media, looting of press houses. The media world has lived through dark days with a monster which has multiplied and presented itself under several to intimidate and muzzle an entire sector.

All these violations of press freedom are carried out with complete impunity without any investigation ever being carried out, let alone prosecution or the bringing of these gravediggers of democracy to court. With the exception of the thugs who attacked and vandalized the premises of the newspaper “Les Echos” on August 3, 2020 who are currently in detention.

This situation of press freedom does not honor our country and it represents a serious and strong threat to ourdemocracy. She is still, unfortunately, impacted strongly Senegal’s position in the next Reporters Without Borders (RSF) ranking. Already in the 2020 edition, our country has lost two places by falling from the 49e place.

Moreover, ctis the whole point of the sit-in that we are organizing as a warning, on this international press freedom day.

The emergence of a rule of law in Senegal cannot accommodate violations of press freedom.

As much as attacks on press freedom are a threat to Senegalese democracy, the acute economic and social crisis is another. This is why we are appealing to the President of the Republic for the adoption of all the implementing texts of the Press Code, without which the conditions for an economically viable press are not guaranteed. Several laws essential are still not adopted on: advertising; the new regulatory body defined by the Press Code, the High Authority for the Regulation of Audiovisual Communication (HARCA); the financing of the public audiovisual sector; law sure access to information …

See Also:  Despite the setbacks, Trump continues his appeals ... The transfer of power still at a standstill ...