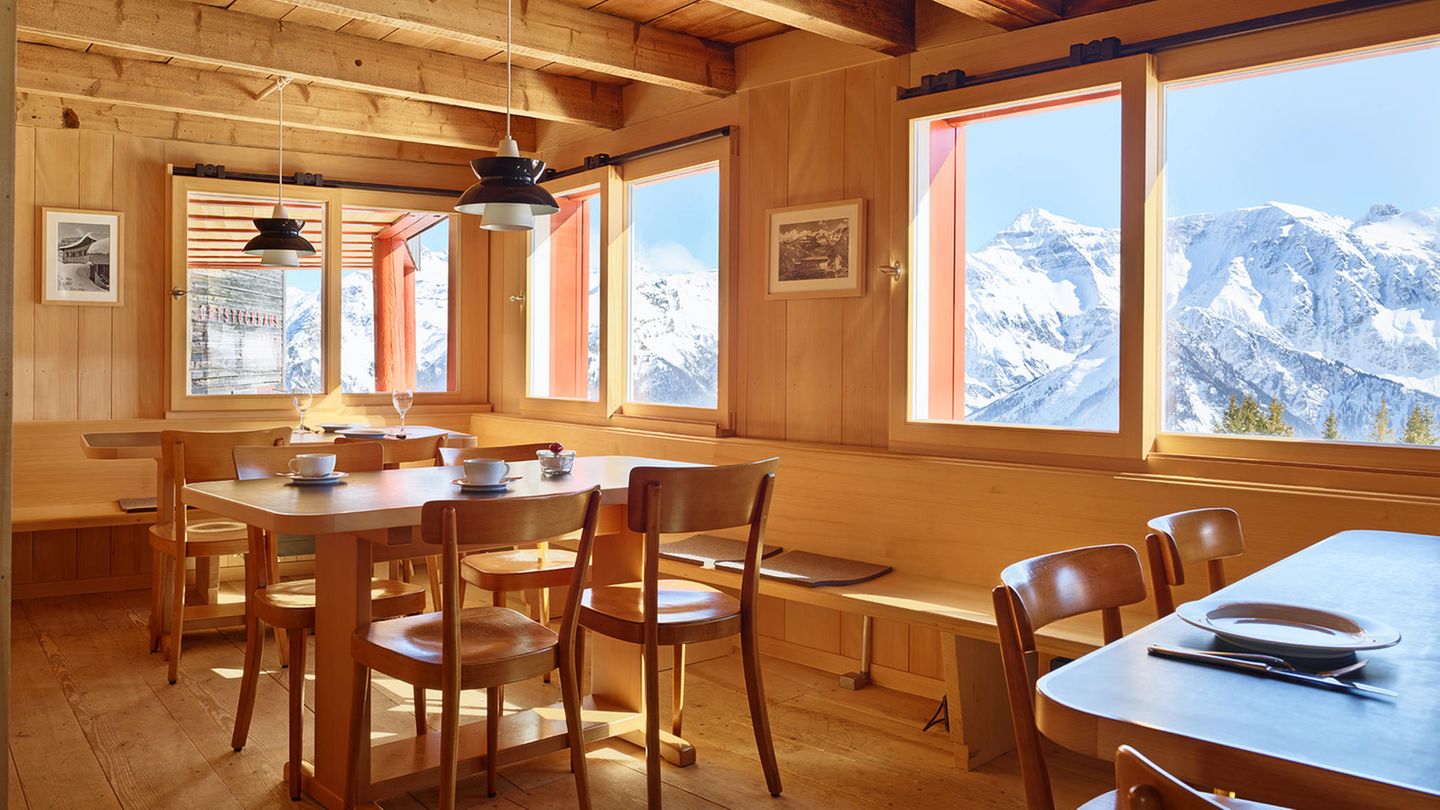 One connects all 89 houses in the book “The most beautiful hotels in Switzerland” are presented: They are accommodations with history that are cared for by their hosts with great attention to detail.

Because behind this selection is a unique organization that looks after the architectural heritage in the Alpine country: the Swiss homeland security, the largest organization in the field of building culture. The association, with its 27,000 members in 25 cantons, has been committed since 1905 to ensuring that monuments from various eras escape the fate of demolition. Thanks to the commitment of the members, they can continue to exist and in some cases have experienced a new, creative use.

A travel seducer for individualists

The book, which has just been published in its fifth revised edition and in a practical postcard format, contains a whole series of houses that were included for the first time in the circle of historic accommodations. At the beginning, a map of Switzerland gives an overview of where the hotel jewels are. Subsequently, one page each with photos and short multilingual texts whet the appetite for the object. Clear symbols indicate the level in the kitchen and the price category.

The Swiss Homeland Protection Association is not only concerned with the preservation of endangered building stock, it also sharpens the relationship to regional history, supports local structures away from the big cities and thus promotes sustainable tourism. In 2005 the association also called the “Foundation Holidays in Monument” into life, a project at the interface between monument and tourism.

On the pages of the photo gallery above we show you two pictures of seven of the 89 hotels from the book “The Most Beautiful Hotels in Switzerland”.

– The oldest mountain railway in the Alps: full steam ahead on the Rigi as it was 150 years ago

– New Million Stars Hotels: These are the weirdest accommodations in Switzerland

– All employees dismissed: The Hotel Atlantis in Zurich has disappeared again