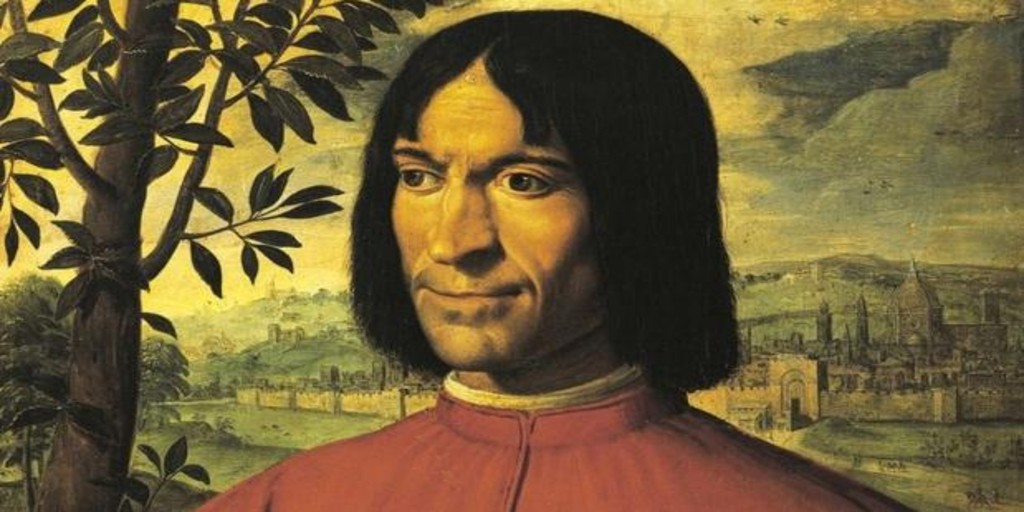 Lorenzo the Magnificent de Medici left an overwhelming artistic legacy in Florence, where he did not hesitate to reach into the box when he needed it. The woman with the mysterious smile that appears in La Gioconda, Lisa GherardiniShe was married to an unscrupulous slave trader (Oh how fans of toppling statues find out!). One of the models that Titian used for his Venus de Urbino was called Angela Zaffetta, victim of a gang rape during the 16th century. This and many other stories are hidden behind a period varnished by myths and artistic beauty, but which, as always in history, maintained an indestructible idyll between terror and violence.

The British historian Catherine Fletcher He has just published in Spain the book ‘Beauty and Terror: An Alternative History of the Renaissance’ (Taurus), an effort to show art and the artist linked to their context and their mentality. “The problem is that we see Renaissance culture on a white wall, just the painting, but we don’t understand the context in which it was conceived,” says Fletcher. In an increasingly infantilized society, the entire unpleasant part of history has been overlapping and simplifying until it is indistinguishable from reality. Then come the scares.

This explains, in part, why Western society today has engaged in a crusade against its symbols. “Historians and the general public have begun to ask themselves more incisive questions about their past and have been more aware of how the events of the past persist in the global trends of today,” says the British, who is sympathetic to the debates Regarding the removal of statues considered unsuitable: “In Rome, statues of emperors were removed as power changed. We have to act the same and decide democratically which statues should be kept in public space and which should be taken to a museum».

A myth created in the Enlightenment, always hostile to the Middle Ages, presents the Renaissance as dawn after a long night. A place of light that, suddenly, left behind everything harmful that the feudal age had brought to Europe. And yet, neither the Middle Ages was so terrible on a cultural and scientific level, especially from the thirteenth century, nor was the Renaissance that gave way to The modern age It was such an idyllic period. “The idea that all classical culture was lost is an exaggeration, something the humanists were interested in proclaiming,” notes Fletcher.

Historical events that are usually linked to the Middle Ages, such as the creation of Inquisition courts not dependent on the Pope or the brutal witch hunt in the center of Germany, took place under the Renaissance wake. Without forgetting that the plague continued to punish the continent in the same years in which the culture lived its celebrated rebirth. Firearms and the increasing size of armies, as the power of kings grew, added an unknown level of savagery to warfare. “There was a proliferation of fire that led to a debate that is still open today and uses very similar arguments,” says the author of ‘Beauty and Terror: An Alternative History of the Renaissance.’

«There are different levels of relationship between art and war, between beauty and violence. The princes of the Renaissance themselves fought on the Italian battlefields with the same intensity as they did later in their cultural patronage or when they competed to achieve the best portrait of themselves, “explains Fletcher about a period in which war money financed art and many artists, like himself Leonardo da Vinci, alternated their work as painters and sculptors with the creation of military devices with which to crush the enemies of their patrons.

The war also served as the inspiration for many Renaissance works that today adorn Europe’s museums: «Michelangelo’s Pieta is apparently a religious theme, but it can also be interpreted as a military scene, that of a mother who she mourns the death of her son who fell in combat, ”says the historian.

The darkness of a luminous period

The wars of religion between Christians, which bled Europe for several centuries, they were also an unexpected consequence of the debate opened by Christian humanism. However, for Catherine Fletcher the open rift in Europe never reached the dimensions that historiography and nationalist forces have traditionally wanted to see: “Scholars focused in the past on the differences between Catholics and Protestants, without noticing the many similarities. Much of the issues raised by the Reformed religions, such as living religion more intimately, better training of the clergy or measures to combat corruption in the Church, will later also be promoted by Catholics during the Counter-Reformation.

The lust and corruption of the Church of Rome they were among the reasons put forward by Protestant propaganda to initiate the schism. The Borgia family, who managed to rise twice to the top of Renaissance Rome, became the maximum symbol of the low passions of the pontiffs, the meat of everything typical of lies and propaganda. “For a Pope to have many illegitimate children or to promote war with spurious interests is not ideal, but if you compare it with what other families did, for example the Medici or the Farnese, you understand that it was normal. The image of the Borgias is very unfair, “says Fletcher, who attributes the black legend of this Valencian family to the fact that they ended up defeated, without time to write their history as their enemies did.

The arrival of a Spanish family at the head of Rome and the Aragonese rule of much of Italy contributed to the hatred of the Italian elites against the Spanish, who were accused of being barbarians and ‘marranos’ (referring to their coexistence with Jews for centuries) and were held responsible for putting out the Renaissance fires. «Italian intellectuals did not like the presence of Spanish and French on their peninsula, but their accusations are unfair. Spanish patrons were an important part in those centuries to promote Italian art, while humanism was debated in their universities with the same intensity as in Italy ”, appreciates the British researcher.

Fletcher begins his book on the Renaissance with a chapter dedicated to 1492, year of the Discovery of Columbus, and ends it with the battle of Lepanto, also transcendental for Spain. Regarding the first date, the British has no doubt that “it should be commemorated for having transformed history and relations at a global level, but it should not be celebrated because it is a sad date for indigenous peoples. Contact between civilizations is a dynamic and unavoidable force to commemorate. ‘