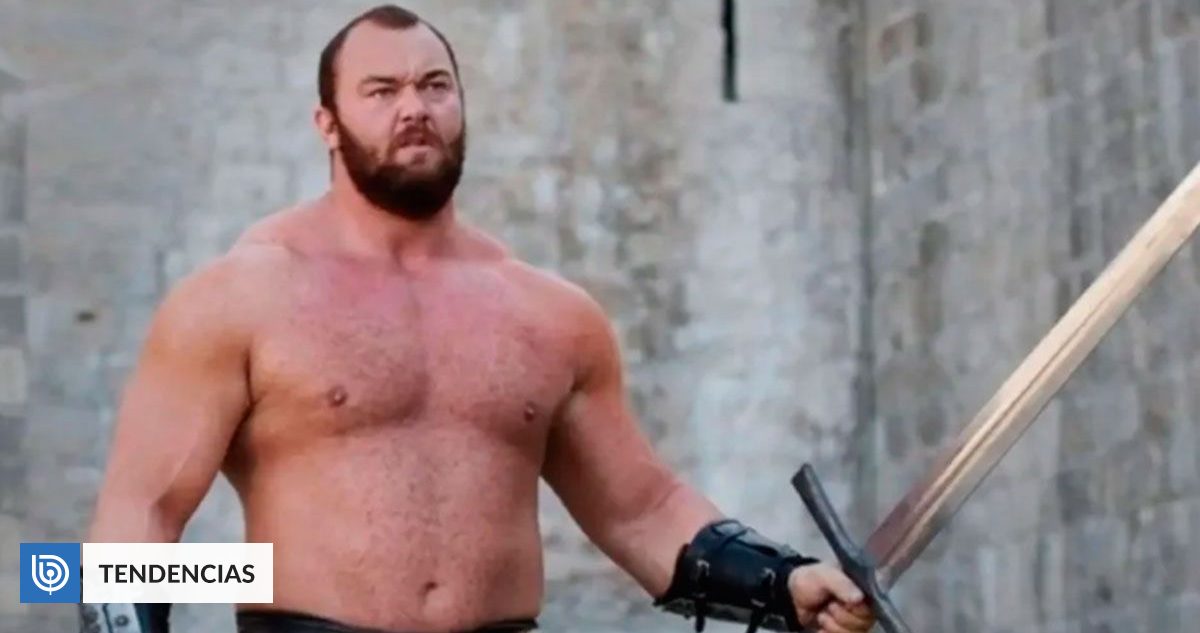 Hafþór Júlíus Björnsson (32), the actor who became known thanks to his role Sir Gregor Clegane -The Mountain- in Game of Thrones, he lost more than 60 kilos, being very different from how we knew him.

The artist, who for more than a decade was part of strength competitions, and who even won the title of “World’s Strongest Man” by lifting more than a ton, decided to switch to boxing, which required a complete transformation .

“I used to weigh 205 kilos. I found that the heavier I was, the stronger I felt. That’s why I spent the day eating every two hours and training, “he acknowledged on social networks, according to the Yahoo portal.

“It was exhausting, but I was obsessed because I believed it would help me be the best as it happened. I sacrificed my health, which is crazy if you think about it, ”he added.

The objective of the transformation of Björnsson was to face his “enemy”, the British Eddie Hall, But to his bad luck, his rival suffered an injury and had to fight with another boxer.

However, the man assured that he is happy with his transformation. “I feel good and healthy,” he declared.

“Now that I’ve lost about 60 kilos, I feel 10 times better. Stronger, with more energy and better concentration. Makes life better. Every day I try to improve myself and be better in every way because the moment I think I am the best at something, it will be when I start to get worse, “he said.

“I have become a boxer because I like challenges”added the Icelandic. “It has a lot to do with the Icelanders’ way of being. We belong to a small country, but we want to be remembered as strong people who face difficult conditions on a day-to-day basis. It is our mentality. It is the desire not to abandon and improve ourselves ”, he closed.