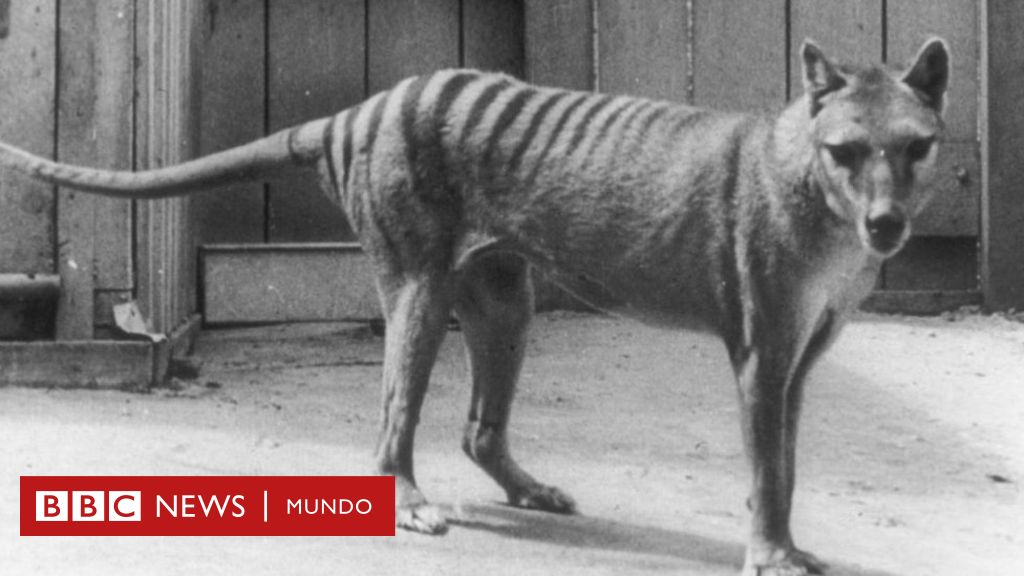 An extinct species, a group of researchers and a multi-million dollar project to revive it. It looks like a movie, but it’s happening.

A group of researchers from Australia and the United States are trying to revive the tasmanian tiger, an extinct species.

The last known specimen of this animal, whose official name is thylacine, He died in the 30s of the last century.

The team behind this project says that the animal can be revived from stem cells and gene editing technology. Thus, they say, the first thylacine of this new litter could be reintroduced into the wild within 10 years.

The thylacine earned its nickname “Tasmanian tiger” from the stripes it had along its back. But he did not belong to this family, but it was actually a marsupialthe type of Australian mammal that keeps its young in a bag, like kangaroos.

The group of Australian and US scientists plan to take stem cells from a living marsupial species that have similar DNA and then use gene-editing technology to “revive” to the extinct species, or a close approximation.

It would be a remarkable achievement for the group behind it and would mark a series of scientific breakthroughs.

“Right now I think that in 10 years we could have our first baby thylacinesomething that hasn’t happened since they were hunted to extinction nearly a century ago,” said Professor Andrew Pask, who leads the research from the University of Melbourne, Australia.

The Tasmanian tiger population declined when humans arrived in Australia tens of thousands of years ago. Then there was another decline when the dingoes, a kind of wild dog, appeared.

Finally, he was only released on the island of Tasmania. But there was also massively hunted until it became extinct.

The last captive Tasmanian tiger died at the Hobart Zoo in Tasmania in 1936.

If scientists managed to revive the animal, it would mark the first event of “of–extinction” in history, but many experts independent of this project question the science behind it.

He added that the project is “more about media attention for scientists and less about doing serious science.”

The idea to bring back the Tasmanian tiger has been around for over 20 years.

In 1999, the Australian Museum began a project to clone the animal. And since then there have been several attempts to extract or reconstruct viable DNA from samples.

This latest project is a partnership between scientists from the University of Melbourne and the Texas-based company Colossal.

The US firm made headlines last year with its plans to use a similar gene-editing technology to bring the woolly mammoth back to life, a technological feat that has yet to be achieved.

On the night of the wedding, a reckless Jordanian groom wants to prove his manhood, so he shocked his wife and frightened her after she saw what he had put out in front of her, so she completely lost consciousness.. You won’t believe what she saw!

If you have these symptoms, you are suffering from a vitamin D deficiency