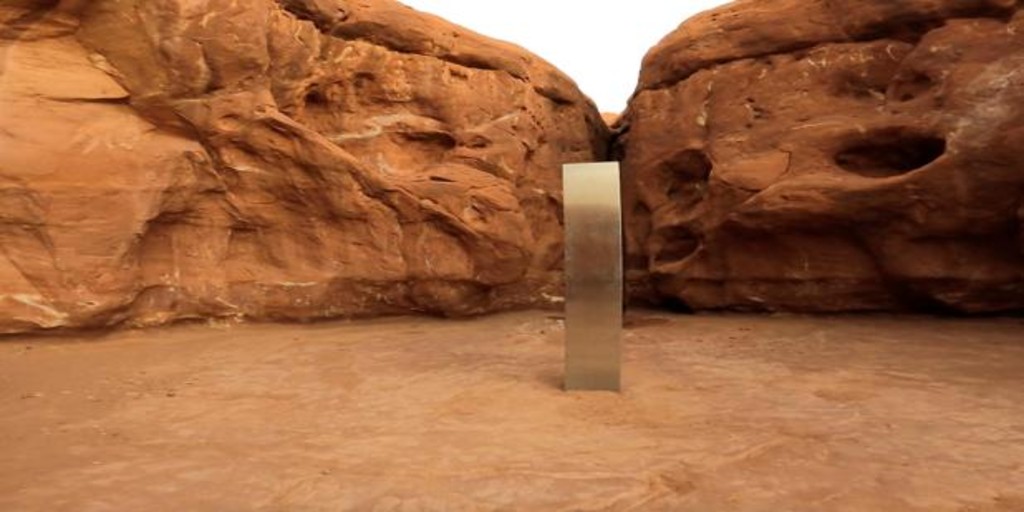 A mysterious metal monolith of unknown origin and whose recent discovery in the desert of Utah (United States) It had fueled all kinds of sci-fi speculation, seemingly evaporated. The object was reportedly removed on Friday night.

The gleaming piece, which protruded more than 3.5 meters from the reddish soil of southern Utah, it was discovered in mid-November by astonished local officials flying over the area. After landing, Utah Department of Public Safety employees were able to examine the metal monolith, but couldn’t find any clear indication of who placed it there.

News of the discovery quickly went viral on the internet, with many pointing to similarities to the strange alien monoliths in the movie «2001: A Space Odyssey ”, by Stanley Kubrick.

Although authorities refused to reveal the location of the monolith so as not to attract hordes of curious onlookers, an online race quickly began to determine its location based on the surrounding geological formations and some managed to locate it.

There are those who see a resemblance to the works of John McCracken, an American sculptor who lived for a time in the neighboring state of New Mexico and died in 2011.