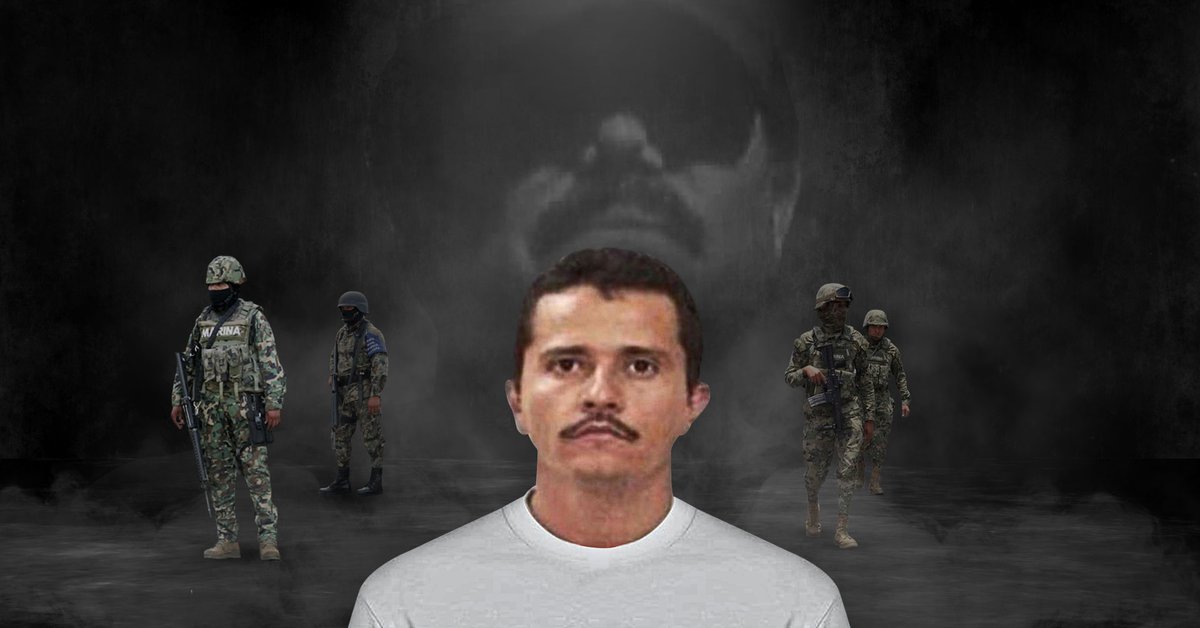 “El Mayo” Zambada has gone to the background in the list of federal authorities (Fotoarte: Jovani Silva / Infobae)

One of the strongest problems in Mexico is the constant struggle of organized crime groups for state territories. This fight becomes even more bloody when the best-established cartels begin their contest in the middle of the urban areas.

Shootings have been constant in various parts of the country, executions, beheadings and other episodes of violence have even mobilized civilians to other areas of Mexico. The fifth massacre registered in less than a week took place on the road to San Juan Capistrano Tulillo, Zacatecas.

Before this confrontation Reynosa saw 19 innocents die, Salvatierra and Fresnillo seven each, and Villa Hermosa lost six inmates murdered inside a prison. All this a few weeks before the midterm elections in Mexico, an electoral process described as “the bloodiest in history.”

What happened in Zacatecas, says the journalist Héctor de Mauleón, it was the result of the confrontation between the Sinaloa Cartel, led today by Ismael el “Mayo” Zambada, and the Jalisco New Generation Cartel, whose leader is Nemesio Oseguera Cervantes, alias “Mencho”.

The path where the confrontation took place is that whiche ascends to the Sierra Madre Occidental and connects the limits of Nayarit, Jalisco and Durango, a space where the residents have denounced the presence of “armed civilians who control the flow of vehicles, extort merchants and make numerous families flee,” wrote the communicator in his column of The universal.

“That is the area that has traditionally controlled the people of “May” and in which today the Sinaloa Cartel tries to stop the entrance to Zacatecas of the Jalisco New Generation Cartel“, he pointed.

However, the presence of the people of the “Mencho” have been reported since 2019, when Gonzalo Mendoza Gaytán, alias el “Sapo”, sent Audias Flores silva, the “Gardener” to Zacatecas to operate a meth lab, air cargo, and clandestine runways. The United States Department of State also accused this person of “participating in a network of trailers and passenger trucks that allegedly transported drugs from Central America to California, Texas, Illinois, Georgia, Washington and Virginia.”

To date, the man has not been captured, but, according to the journalist, episodes of his time in the state are still remembered. For example, in April 2019, a caravan with A hundred hit men entered Valparaíso, Zacatecas and walked the streets sowing terror. “Puro Señor Mencho” and “Here we are in Valparaíso for whatever they want, ”the men shouted.

At that time, no one moved, but the videos of monster trucks began to permeate the streets of Zacatecas and the response from Sinaloa was not long in coming.

Despite the fact that, even during a visit by the president to the state, there were dozens of deaths and the executive ordered the arrival of 360 elements of the Army and the National Guard, the clashes, executions and organized crime violence did not stop.

On the contrary, during the midterm elections several narcomantas who accused David Monreal, candidate of Juntos Haremos Historia, to allow access to the CJNG, “led by El Jardinero, who kidnaps, extorts to pay for his campaign for governor ”.