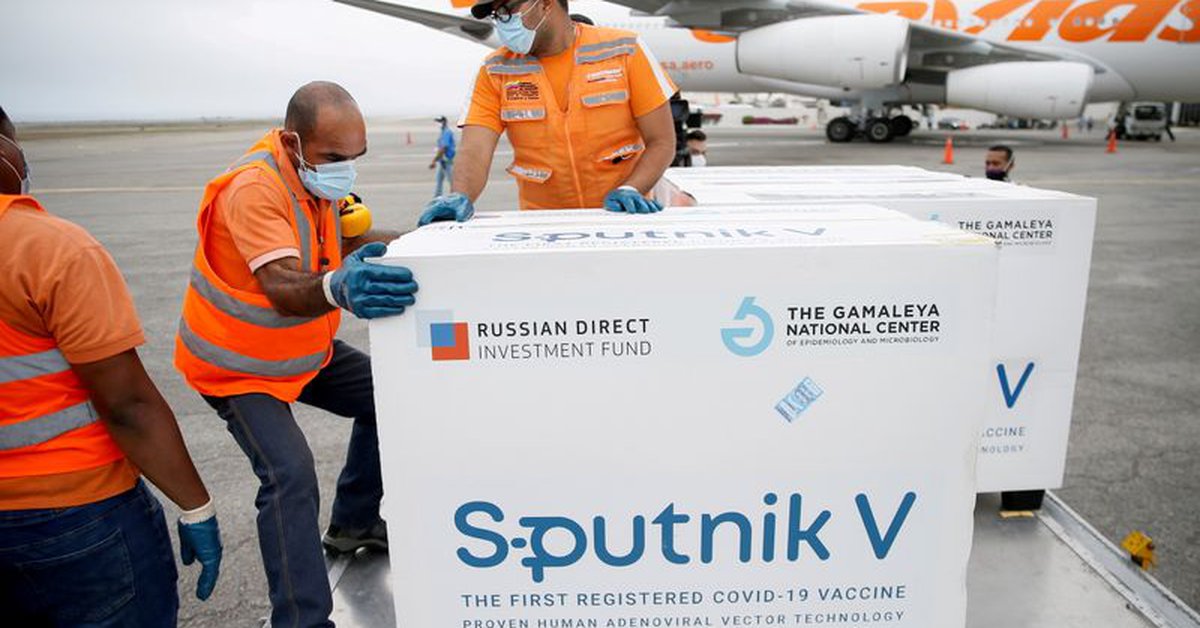 File photo of a shipment of Sputnik V vaccines against the coronavirus arriving in Caracas, Venezuela (REUTERS / Manaure Quintero)

The National Academy of Medicine of Venezuela asked the Prosecutor’s Office this Friday to open an investigation into the illegal market for the sale of vaccines against COVID-19, allegedly guarded by the Venezuelan State, and stressed that the “slowness” in the immunization process encourages these practices.

In a letter, the academy asked the attorney general, Tarek Saab, “his good offices to initiate an investigation to determine the veracity of the information on the alleged illegal market with the sale of anticovid vaccines under the custody of the Venezuelan State with the rectory of the Ministry of Health ”.

The request was made with the purpose of “identify those who could promote this criminal and irresponsible practice which leads to the trafficking of the few vaccines available for the protection of Venezuelans and to take the necessary measures to eradicate this abhorrent criminal practice ”.

The doctors they also highlighted the dangers that this illegal market brings with it and that can be translated into dosages that “have not complied with the due maintenance of the cold chain essential for its viability as a biological product or that its content does not correspond to the proper formulation”Of the vaccine.

The academy, in addition, sees this practice as a consequence of the slow implementation of the national vaccination plan, which, highlights, “it has not been duly officialized”.

One of the vaccine protests in Caracas (Venezuela). EFE / Miguel Gutiérrez

In that sense, urged the Ministry of Health to immediately publish the vaccination plan to be able to identify technical aspects “inherent” to the priority groups to be vaccinated, the time periods for immunization, the quantities available and other topics.

Venezuela is, according to national and international organizations, in the last positions in Latin America in immunization against COVID-19, a fact that the Executive avoids mentioning.

The precise quantity of vaccines that have arrived is unknown in the country, due to the fact that the data offered by the authorities are contradictory. The figures vary, depending on the official providing the information, with variations that exceed half a million.

According to the latest statement by Nicolás Maduro on the subject last Sunday, the country added 1,300,000 vaccines from China, but the data prior to this is uncertain.

The interim president, Juan Guaidó, asked citizens not to participate in the black market for vaccines that anti-Chavez claims exists in various parts of the country.

Guaidó, who came to the end of a protest for mass vaccination in Venezuela and joined the head of the demonstration minutes before it ended, is in the middle of a campaign to promote the negotiations proposed to the regime, under the name of “National Salvation Agreement.”

To the cry of “vaccines for the people”, demanded that the Executive “be serious” in the face of the dialogue it has proposed and in which Maduro was “willing” to participate, but under preconditions, as a minimum requirement to sit down to negotiate.

“Guaidó, you have to solve three points for me, when solving them we will have dialogue: lift the sanctions, recognize the National Assembly and the public powers, and return what was stolen,” said the dictator last Wednesday, during a televised working day.

Before Maduro’s words, which the opponent considered “a mockery”, He replied that jokes should not be made when the lives of citizens are at stake.

“Enough of the jokes with people’s lives (…) this is not a man for himself, it is that we all save ourselves together. We are going to demand vaccines for all Venezuelans, ”he reiterated.

“17 minutes with the dictator”, Jorge Ramos revealed the details of the interview that unleashed the anger of Nicolás Maduro
The drama experienced by Venezuelans who cross the Rio Grande to the US fleeing the crisis of Chavismo