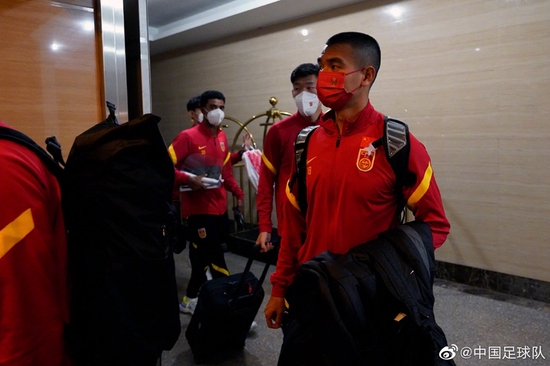 After 6 hours and 8 minutes of flight, All Nippon Airways flight NH897 carrying the Chinese men’s football delegation arrived at Noi Bai International Airport in Hanoi, Vietnam at 11:20 pm local time on January 28. The team arrived at the Grand Plaza Hotel in Hanoi in the early morning of the 29th local time. According to the plan, the Chinese team will conduct the first training after arriving at the local time around 4:00 pm on the 29th local time. Due to the very limited preparation time, the Chinese team is likely to ignore the adaptation to the local climate and venue conditions and directly devote themselves to intense technical skills. during tactical drills. In the face of the Vietnam team, which was at the bottom of Group B in the top 12, even if the Chinese team cannot create a miracle to reappear, they must go all out to win. Offensive football may become the tactical idea of ​​the dominant team in this game.

At 7:12 p.m. local time on January 28, the ANA flight carrying the Chinese men’s football delegation took off from Narita International Airport in Tokyo, Japan (32 minutes later than the original plan). It arrived in Hanoi, Vietnam at 23:20 local time on the 28th.

Due to the preparatory work in place, the entry formalities of the delegation were handled quickly. The whole team arrived at the resident hotel, the Grand Plaza Hotel in Hanoi, by car at around 0:15 am local time on the 29th. Because Vietnam is also implementing very strict epidemic prevention measures, after the team’s luggage was sterilized, it was not transported to the resident hotel until 3:00 a.m. local time on the 29th. It should be said that the team logistics support staff is very hard. Of course, these hard work is still to cooperate with the Chinese team to prepare for the away game against the Vietnam team.

It is understood that after all members of the Chinese team arrived at the hotel, they received a “self-service nucleic acid test” there as soon as possible, and all the test results were negative.

According to the plan, the Chinese team will start outdoor training after arriving in Hanoi on the 29th local time. The first training is scheduled to start at 4 pm on the 29th at the Hang Day Stadium. Although the staff are generally exhausted after long-distance travel, and the local food quality is obviously inferior to that in domestic and Japanese away games, the Chinese team has ignored these off-field problems. For the entire team, it is imperative to seize the time to improve the quality of training.

Since the second round of the top 12 competition between China and Vietnam will start on February 1, the number of training sessions left for the Chinese team in Henan before the game is only 3 times. In this case, the Chinese team will normally not waste the “first training” on players adjusting their bodies, but will directly enter the core content unit of technical and tactical drills.