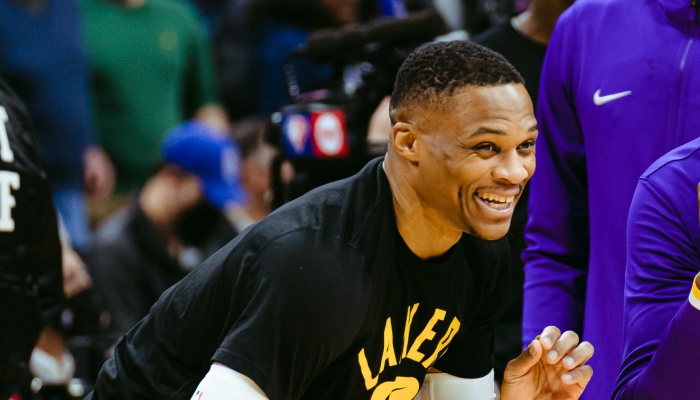 While he still has to extend his contract with the Lakers, using his player option, Russell Westbrook should stay in Los Angeles for one more season. In any case, this is the story that reigns within the league, since the front office categorically refuses to make efforts to remove the star, who has almost become undesirable in the NBA.

In total regression for several seasons, Russell Westbrook perhaps hoped to revive with the Lakers, at home. Instead, the point guard largely disappointed with a still unviable shot, and a defense that is easily forgotten. It is clear that Brodie never found his place with the Angelinos, he who had yet to relieve LeBron James and Anthony Davis. Without a ticket to the playoffs for this campaign, we can say that the fiasco is total in the City of Angels.

A new season like this? That’s out of the question for Jeanie Buss, who got angry with her own team. She wants results and quickly, as evidenced by the dismissal of Frank Vogel, replaced last week by Darvin Ham, former assistant at the Bucks. It’s a new dynamic that is taking hold in Los Angeles, since the new coach intends to cause mayhem in the locker room, at least according to him.

And as much to say that Ham has work, especially with Westbrook, who absolutely must find his place in the roster. Indeed, everything suggests that the leader will activate his player option in the coming days, and thus stay one more season with the Lakers. The opposing franchises? They don’t even try to talk anymore, since the Angelinos almost refuse negotiations, suggesting that Russ will be there no matter what.

“LeBron is going to drop the Lakers and get out there”

In his latest article, this is what Eric Pincus of Bleacher Report explains:

Will a healthy roster and a change of coach be enough for the Lakers to bounce back from a horrible season? We’ll find out very soon, since the other rivals believe that the Lakers are operating as if Russell Westbrook will be in the roster next year, no matter what. Recent manager Darvin Ham recently complimented Westbrook, while asking the player, like the rest of the roster, to make sacrifices.

A Lakers tactic? We can see it that way. Westbrook’s rating being so low, it is better to keep him voluntarily, to make other teams understand that the Lakers are not ready to do anything to get him out this summer. Some executives still believe in the Big 3 in Los Angeles, believing that injuries are the real cause of this bad campaign. Let’s say that not everyone will agree with this statement.

Whatever happens, and whatever the reasons, it’s hard to believe that Westbrook will wear any other jersey than the Crimson and Gold next year. Rob Pelinka, the GM, does not want to sacrifice assets to get Brodie out, preferring to use them to improve this workforce, which needs it. However, and if a change of mind is possible, know thatan offer is available to trade Russ this summer.

Russell Westbrook should stay with the Lakers, failing to reach an agreement with the suitors. Rather than negotiate, the Angelinos are even playing the bluff today, spreading the word that the star will be present next season, even if there is interest. To be continued.

How to know if it is love or affection that you feel for the couple?

Vaccines: Switzerland will not make concessions