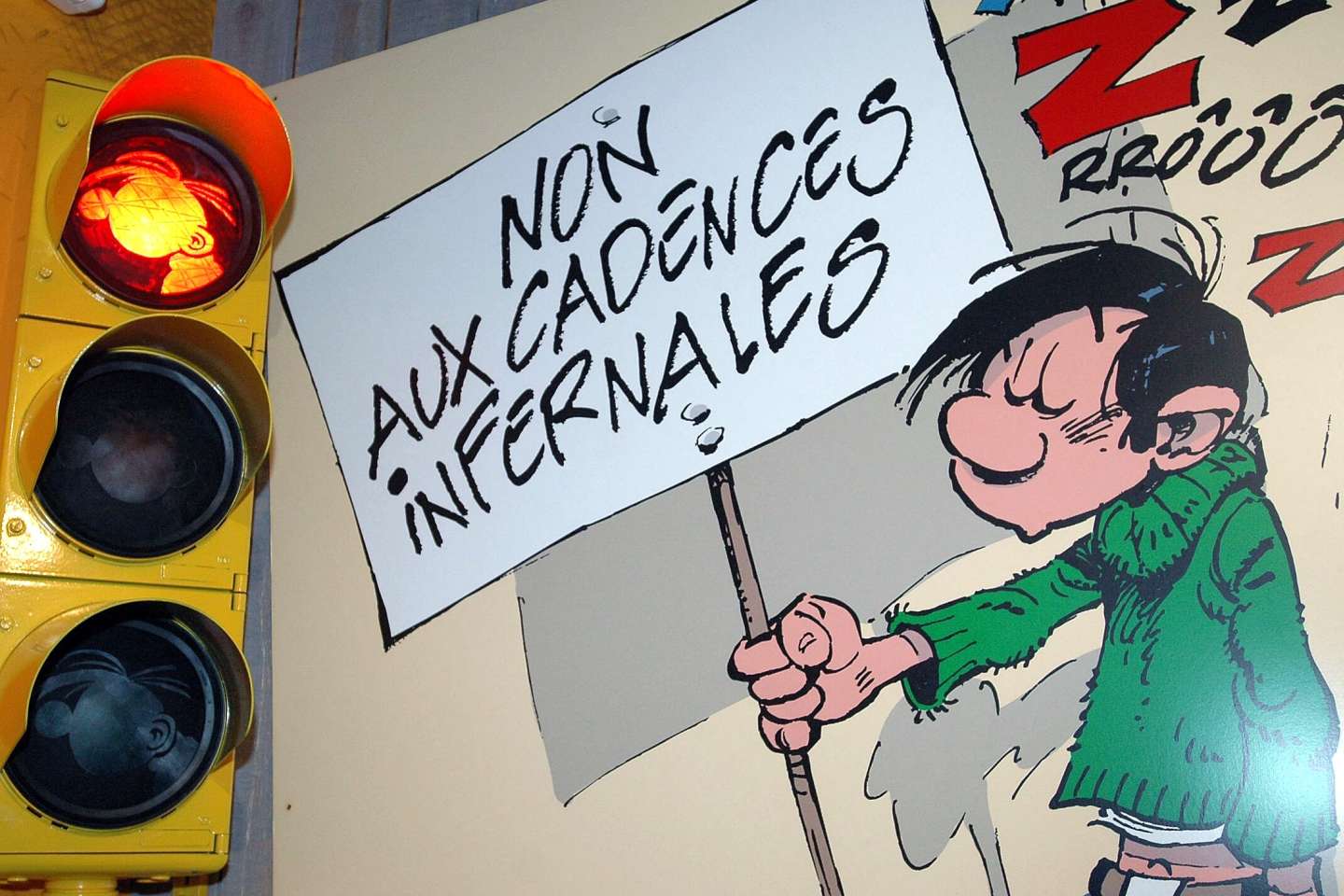 There will be no new Gaston Lagaffe album in October. Editions Dupuis announced, Monday, May 16, the temporary abandonment of their controversial project consisting in relaunching “the jobless hero”twenty-five years after the disappearance of its creator, the Belgian André Franquin. “Editions Dupuis take the initiative to suspend the publication of Gaston Lagaffe’s new album”announced the publishing house of Marcinelle (a district of Charleroi) in a press release made public after a hearing in summary proceedings, in Brussels.

The Belgian justice having decided to postpone to 2023 the prepublication of the gags of this remake of Gaston in the newspaper Spirou, Dupuis advocates appeasement in this decision, without giving up his initial idea. The second part of the action initiated by Isabelle Franquin, the designer’s daughter and beneficiary – arbitration on the merits – must indeed decide by September on the future of the album. “Editions Dupuis are certain that the next few weeks will allow them to demonstrate their right, and to find a solution that allows Franquin’s work to continue to live to perpetuate the legacy of this genius of comics”also specifies the press release.

A lively controversy had ignited the ninth art after the announcement, on March 17, of the revival of the famous office boy by the Canadian designer Marc Delafontaine, alias Delaf. To the sometimes violent comments of a part of the profession, considering that Gaston was too intimate a work to be taken up one day by another author, were added the voice and the complaint, by Isabelle Franquin. She had then not failed to recall that her father did not want Gaston to survive him.

Confusing resemblance on a graphic level, Delaf’s work had also earned him the suspicion, by fans and peers, of copying and pasting details from Franquin’s original gags, which he strongly defended.

Read also: Article reserved for our subscribers The resurrection of Gaston Lagaffe causes a storm in the world of comics

A stakeholder in the Média Participations group, Dupuis considers himself entitled to relaunch Lagaffe as the owner, since 2013, of the company under Monegasque law, Marsu Productions, to which Franquin sold his character in the early 1990s. of this contract specifies as follows: “No adjustment (…) cannot take place without the agreement of the author, who can only refuse it for ethical or artistic reasons. The same applies to any creation of a new work (…). » The publishing house was counting on a circulation of 1.2 million copies and on a novelty in bookstores every two years.