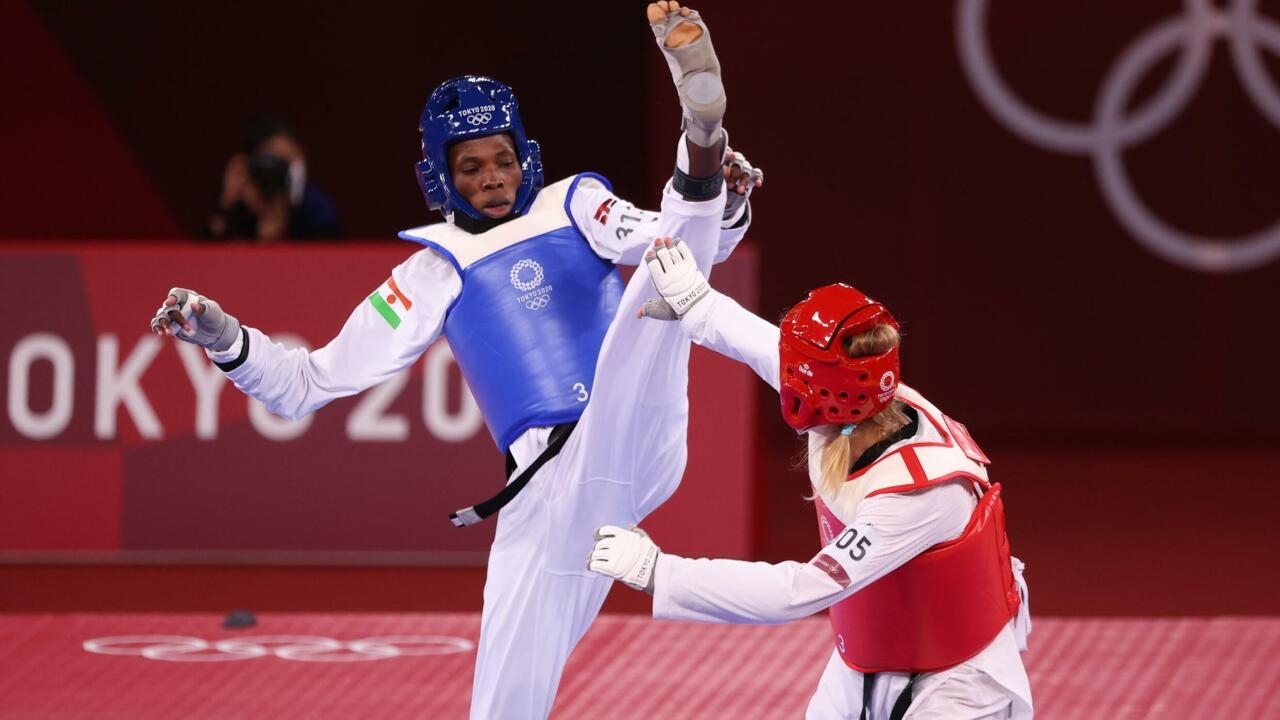 Tekiath Ben Yessouf almost won the third Olympic medal in the history of Niger, this July 25, at the taekwondo tournament of the Tokyo 2021 Games. The Nigerian lost narrowly in the fight for bronze.

Tekiath Ben Yessouf experienced a real emotional lift, this July 25, at the taekwondo tournament of the Tokyo 2021 Olympic Games. But, unfortunately for the West African, it ended with a brutal descent from the podium on which she saw herself. already…

« It’s such a disappointment, she blurted out in a faint voice. I thought I could get at least this bronze medal “. Tekiath Ben Yessouf lost 10-6 in the fight for third place against Taiwanese Chia-Ling Lo.

“People thought I already had the medal”

However, Tekiath Ben Yessouf did not see himself reaching that far. After a beautiful 11-6 victory against the Japanese Mayu Hamada, the reigning African champion lost to the Russian Tatiana Minina (10-15). The 29-year-old then left the arena, full of disappointment and already turned towards Paris 2024.

« But the one who beat me qualified for the final and I was then drafted. Smiling and refreshed, Tekiath Ben Yessouf then dismisses the Greek Fani Tzeli, in overtime (2-0).

The one who is a civilian police officer struggles to contain her sadness. ” The way it ended, it’s not what I expected. Everyone was waiting for this medal from me, she assures. People even started to congratulate me thinking that after my third fight I already had the bronze medal ».

See you in three years

Tekiath Ben Yessouf would then have won the third Olympic charm in the history of Niger, after that in bronze by Issaka Daborg in 1972 in boxing, and that in silver by Abdoul Razak Issoufou Alfaga in taekwondo in 2016. ” it would have been a great pleasure for all the people of nigeria to have a woman medalist at the olympics », She repeats.

Tekiath Ben Yessouf believes that he lacked a little experience to go to the end, in Tokyo. Especially since it was his first Olympic Games. ” I’m going to go back to my training center. I will correct my mistakes to come back in force for Paris 2024 She swears.