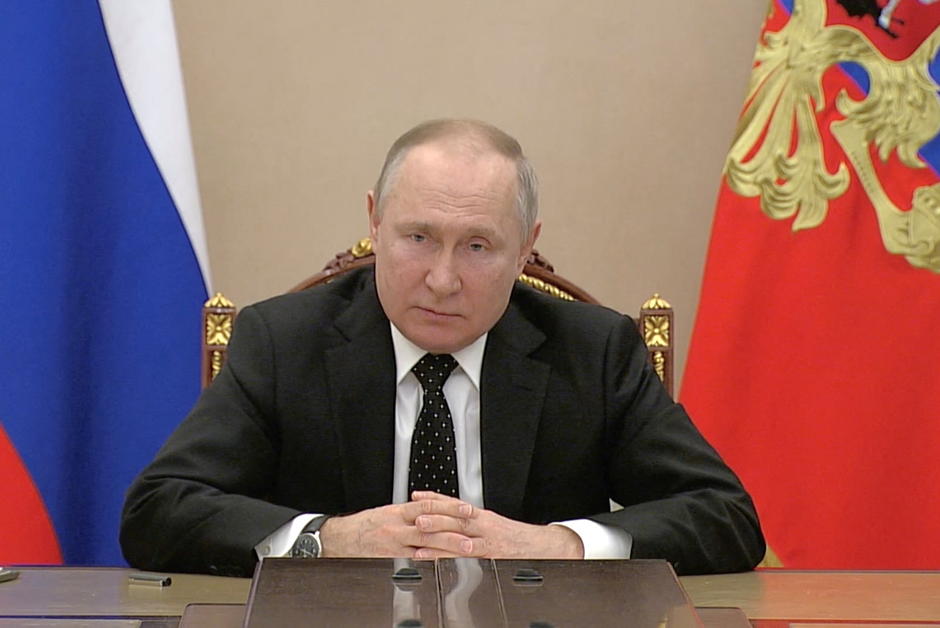 It is an interview of Joe Biden with a blogger who would have pushed Vladimir Putin to trigger the state of special alert, justifies a Russian general in the daily Komsomolskaya Pravda. It is also an excellent opportunity to remind NATO that the terms of nuclear deterrence have changed.

On the afternoon of February 27, the President of Russia Vladimir Putin “ordered Defense Minister Sergei Shoigu and Chief of the General Staff Valery Gerasimov to put the deterrent forces on special alert”.

Putin explained his decision thus:As you can see, not only are Western countries taking unfriendly measures against our country in the economic sphere – I mean the illegal sanctions that everyone is very familiar with – but senior officials from major NATO countries are make it possible to make aggressive statements about our country”, reports Vzgliad, Russian pro-Kremlin daily.

Beyond the rhetoric that has been going on for days about Russia feeling threatened by NATO, and in particular by the alliance’s nuclear forces, what exactly does this special alert mean? the russian daily Komsomolskaya Pravda does not go there by four paths:

Interviewed by this popular newspaper, General Boris Solovyov, who served in the Strategic Missile Forces and the General Staff, recalls “a statement by US President Joe Biden affirming that the alternative to imposing sanctions [économiques] harsh measures against Russia would be to start the third world war”.

The American president indeed declared on February 26, in an interview with blogger Brian Tyler Cohento justify the new economic sanctions, that there was no “only two options. To start the third world war, that is to say to physically confront Russia. Or, to make sure that this country, which acts so much against international law, pays the price.” This price is precisely the sanctions.

Two days earlier, Joe Biden also said: “Let it be clear: Our maneuvers are defensive. We have no intention of fighting Russia,” then reported CNN.

But this is not General Solovyov’s interpretation: “They [les Occidentaux] therefore want to scare us, betting on sanctions, but they do not work, and they see it and understand it”he continues. At any time, “instead of the ‘economic sword’, the United States and theOTAN can draw a ‘military sword’”.

What does the state of special alert mean? “The highest degree of combat readiness, the next level [ultime] is that of full alert”so what “the ‘red button’ can be activated at any time”. Three people own the ”nuclear briefcase : the President, the Minister of Defense and the Chief of the General Staff, which allows “guard against any error in the use of nuclear weapons”, he adds.

A “reminder” to Biden, NATO and their allies

Solovyov recalls that in 2020 Putin approved by decree the “Basic Principles of the State Policy of the Russian Federation in the Field of Nuclear Deterrence”. This document allows Moscow “to use nuclear weapons in response to an attack against it or its allies with nuclear weapons or other weapons of mass destruction, or in the event of aggression with conventional weapons”when “the very existence of the state [russe] is threatened”.

“It wouldn’t hurt to remind Biden and America’s allies of this once again.OTAN”insists the Russian general, who concludes: “Putin’s Order [du 27 février] is also a reminder.”

Trump, favorite to lead Republicans in 2024 elections, according to poll

Is there a risk of a relapse into old gender roles?